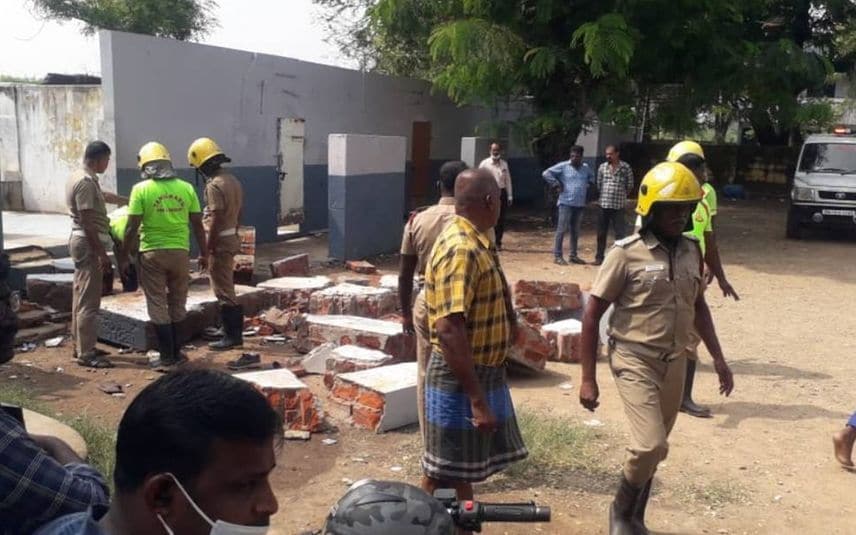 The collapsed walls in the school

Chennai: Three students were killed and three others grievously injured after a bathroom wall of a Government school in Tirunelveli collapsed on Friday.

According to police, the incident took place at 11.30 a.m. in the school located next to the Tirunelveli corporation office building.

Police and fire force rushed to the spot and launched a rescue operation.

Names and other details of the children are yet to be released by the school authorities and police.

The district collector has also reached the spot.

The bodies have been sent to the Tirunelveli district hospital for post-mortems, while the three injured children are undergoing treatment at Tirunelveli medical college hospital.

A senior police officer told IANS that the reason for the collapse of the building is yet to be ascertained.

Police have commenced an investigation into the tragic incident. IANS