Developments in volatile neighbourhood are why enactment of CAA is necessary: Hardeep Singh Puri 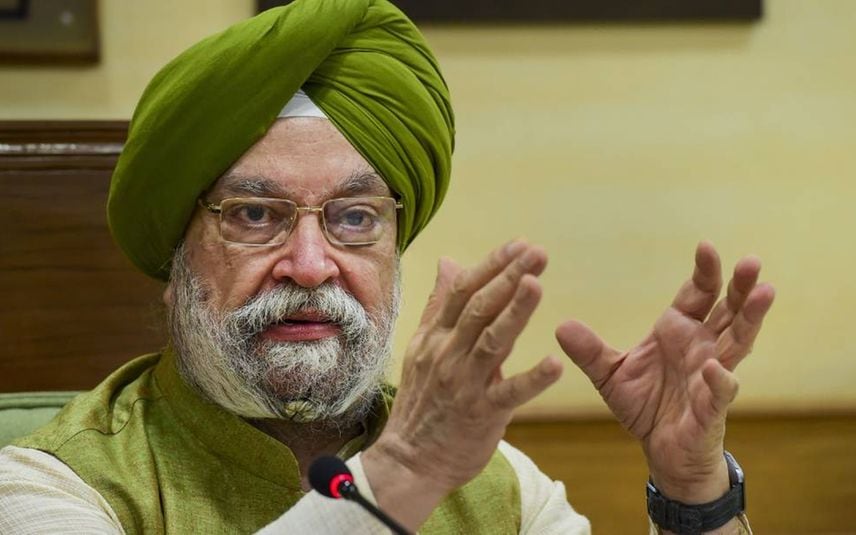 New Delhi: After a special Indian Air Force (IAF) repatriation flight ferrying 168 people from Kabul landed at Ghaziabad Hindon air base on Sunday, Union Minister Hardeep Singh Puri said that developments in the volatile neighbourhood are the reason why enactment of Citizenship Amendment Act is necessary.

Sharing a news article, Singh tweeted, "Recent developments in our volatile neighbourhood and the way Sikhs and Hindus are going through a harrowing time are precisely why it was necessary to enact the Citizenship Amendment Act."

People in Afghanistan have been rushing to leave the country after the Taliban seized control last week. On August 15, the country's government fell soon after President Ashraf Ghani left the country.Countries have been urgently evacuating their citizens from the war-torn nation. The Kabul airport is witnessing nowadays a heavy chaos due to instability in the region.

The MEA has said the government is committed to the safe return of all Indian nationals from Afghanistan. The MEA said that the main challenge for travel to and from Afghanistan is the operational status of the Kabul airport.

Spokesperson of the ministry of external affairs (MEA), Arindam Bagchi, tweeted earlier to say that two Nepalese citizens were among those on board the Air India flight from Kabul.

The CAA allows persecuted minorities belonging to the Hindu, Sikh, Jain, Buddhist, Parsi, and Christian communities from Pakistan, Bangladesh, and Afghanistan to avail of Indian citizenship.

According to the provisions of the act, people belonging to these communities who arrived in India till December 31, 2014, due to religious persecution in these three countries will not be treated as illegal migrants but will be provided with Indian citizenship.

If a person belongs to the aforementioned faiths, from these three countries, does not have proof of birth of parents, they can apply for Indian citizenship after six years of residence in India.

President of India Ram Nath Kovind gave his assent to the legislation on December 12, 2019.

The Opposition parties and several groups have protested against the implementation of CAA. CAA's detractors believe that the law coupled with the National Register of Citizens (NRC) exercise is intended to target the minorities in India.