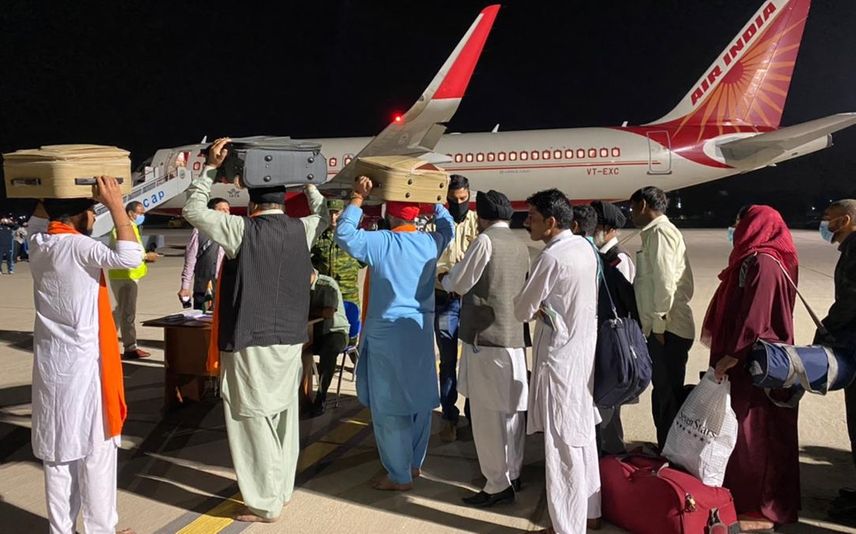 New Delhi: An Air India flight carrying 78 passengers, including 25 Indian citizens is en route to New Delhi from Tajikistan's Dushanbe in a safe evacuation from Afghanistan.

"Helping in the safe return from Afghanistan. AI 1956 en route to Delhi from Dushanbe carrying 78 passengers, including 25 Indian nationals. Evacuees were flown in from Kabul on an @IAF_MCC aircraft. @IndEmbDushanbe," tweeted Bagchi.

The passengers on board the flight shouted slogans like 'Wahe Guru ki Khalsa, Wahe Guru ki Fateh' for a safe return from Afghanistan.

Afghanistan's situation is worsening as people are in rush to leave the nation after the Taliban seized control last week. On August 15, the country's government fell soon after President Ashraf Ghani left the nation.

Countries have been evacuating their citizens from the war-torn nation. Meanwhile, the Indian Ministry of External Affairs had said the government is committed to the safe return of all Indian nationals from Afghanistan.