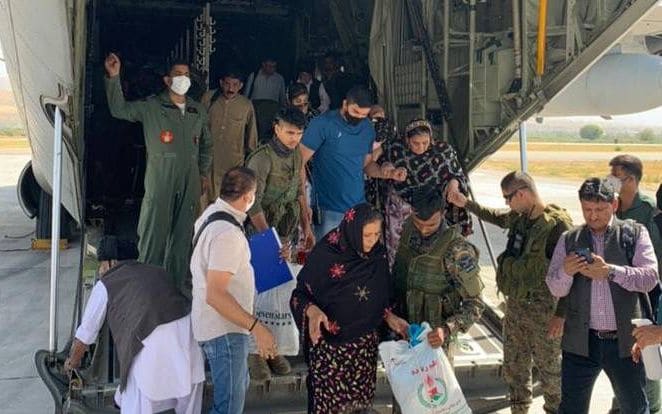 New Delhi: The air rescue efforts from war-torn Afghanistan have been given a name by the government -- Op Devi Shakti.

The government has so far evacuated 800 persons from Afghanistan since the Taliban took over the country recently.

His tweet came hours after 78 persons, including 25 Indian nationals, were brought to New Delhi from Tajikistan's Dushanbe in a special Air India flight on Tuesday. They were flown out of Taliban-controlled Kabul to Dushanbe in an Indian Air Force (IAF) aircraft on Monday.

Indian officials are making all efforts to evacuate not only Indians, but also Afghani nationals, from Kabul as well as neighbouring countries like Qatar, Doha and Tajikistan.

The authorities are coordinating with the Indian missions in Tajikistan, Qatar and Doha to facilitate the evacuation of Indian and Afghani nationals.

"Coordinating with the Indian workers scattered in many provinces of Afghanistan and taking them to nearby countries has become a major challenge because of the threats from the Afghan militia," said an official privy to the developments.

"The US authorities have taken full control of the Kabul airport and they are managing the air operations in the war-torn country. In this huge rush, charting out a slot for an aircraft and also a safe air route for the evacuation flight have become major challenges for the US authority," an official said.

The first air rescue operation was made on August 17, when an IAF C-17 aircraft brought back 120 Indians, including Indian Ambassador Rudrendra Tandon, the last batch of the embassy staff, and ITBP personnel from the Kabul airport amid the critical situation in Afghanistan.

The Kabul airport was closed for commercial operations on the evening of August 16. It was reopened for military aircraft deployed for evacuation operations on Tuesday by the American agencies.