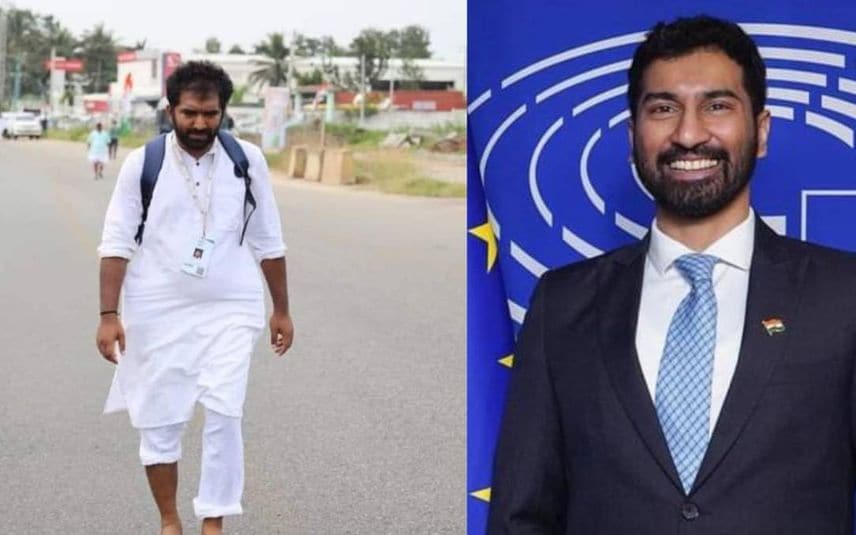 Ramesh said while Oommen is “walking tirelessly, mostly barefoot” along with the Bharat Jodo Yatra, Anil “is revelling in his day in the sun today.”

“A Tale of Two Sons of Two CMs from the same state.

A K Antony's son resigns from all Cong ...

One is a Bharat Yatri and walking tirelessly, mostly barefoot to unite our nation in the #BharatJodoYatra

The other is reveling in his day in the sun today having ignored his duties to the Party and the Yatra,” he tweeted.

Chandy Oommen, son of former chief minister Oommen Chandy, is one of the permanent members of the Yatra. He has been walking with Rahul from Kanyakumari. Ommen walking barefoot had made headlines.

Anil, son of former chief minister AK Antony, quit the party on Wednesday, after he faced criticism from colleagues over the tweet on the BBC series “India: The Modi Question.”

In a tweet, Anil said despite large differences with the BJP, those who support and place the views of the British broadcaster and of former UK foreign secretary Jack Straw, the "brain behind the Iraq war," (involving the US-led coalition in 2003) over Indian institutions are setting a dangerous precedent.

"Despite large differences with BJP, I think those (in India) placing views of BBC, a state sponsored channel with a long history of (alleged India) prejudices, and of Jack Straw, the brain behind the Iraq war, over (Indian) institutions is setting a dangerous precedence, will undermine our sovereignty," Anil tweeted.

As criticism mounted, Anil Antony called it quits. He was the national coordinator of the communications department of the party.