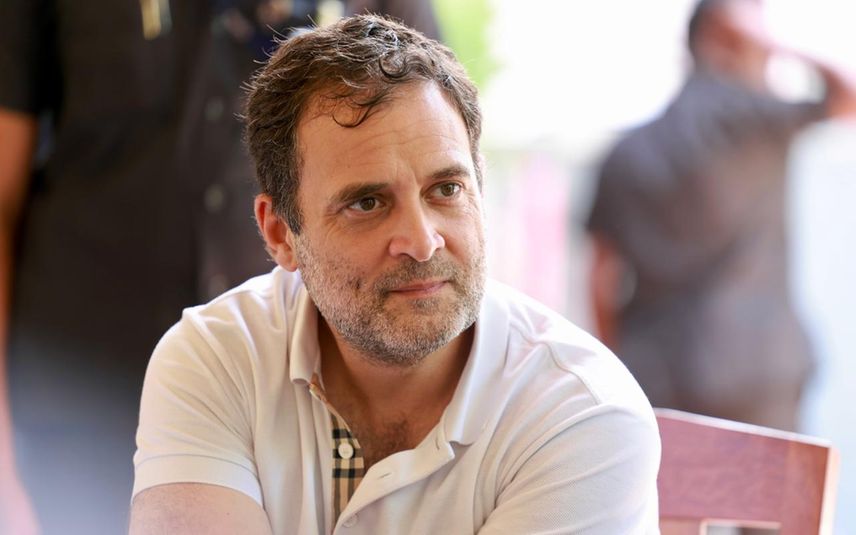 New Delhi: As the Congress' 'Bharat Jodo Yatra' reached the third day, there was a face-off between the Bharatiya Janata Party (BJP) and the Congress over Rahul Gandhi's T-shirt.

The BJP attacked the Congress on social media, claiming that Rahul Gandhi, who has been raising the issue of inflation during the 'Bharat Jodo Yatra', was wearing a T-shirt worth Rs 41,257 on Friday.

"Bharat, dekho!" tweeted BJP with a photo of Rahul Gandhi.

Congress on the other hand hit back at the BJP and said the ruling party at the Centre has been scared of the response of the people to the Bharat Jodo Yatra.

Taking to Twitter, Congress said, "Hey... are you scared? Seeing the crowd gathered in Bharat Jodo Yatra. Talk about the issue. Speak on unemployment and inflation. If we have to discuss the clothes, then Modi ji's suit of 10 lakhs and glasses of 1.5 lakhs should be discussed. Do BJP want to discuss this?"

The third day of Yatra began from Scott Christian College in Nagercoil to Azhagiyamandapam Junction in Tamil Nadu.

A 3,500-km march from Kanyakumari to Kashmir will be undertaken by Rahul Gandhi which will be completed in 150 days and cover as many as 12 states.

Speaking at the launch of the Bharat Jodo Yatra at a rally on September 7, Rahul Gandhi said every single institution of the country is under attack as he sought the support of the people to help keep the country united.

"They (BJP) think they can frighten the opposition using CBI, ED and IT. The problem is they don't understand Indian people. Indian people don't get scared. Not a single opposition leader is going to be scared of the BJP," said the Wayanad MP.

He further highlighted the importance of the Indian tricolour and called out the BJP for allegedly treating it as their personal property.

"It gives me great joy to begin Bharat Jodo Yatra from this beautiful place. The national flag represents the religion and language of every single person living in this country. They (BJP and RSS) think that this flag is their personal property," Rahul Gandhi added.

Notably, all the Congress MPs, leaders and workers along with Rahul Gandhi will stay in the container for the next 150 days. Sleeping beds, toilets and AC are also installed in some of the containers. During the journey, the temperature and environment will differ in many areas. The arrangements have been made keeping in view the intense heat and humidity with the change of places.

The Yatra will include Padayatras, rallies, and public meetings which will be attended by the senior Congress leaders including Sonia Gandhi and Priyanka Gandhi Vadra.

The Congress suffered a debacle in the Assembly polls held earlier this year and the Yatra is seen as an attempt to rally the party rank and file for the upcoming electoral battles.