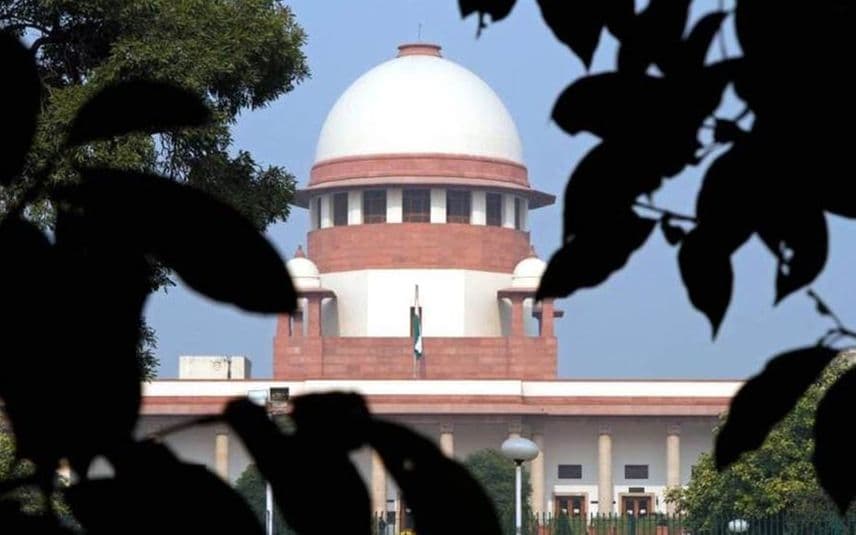 New Delhi: The Supreme Court on Monday sought an explanation from the Secretary, Railway Ministry, while pointing at the contradictory stands taken by the Railways before various high courts and the apex court in connection with relocation and rehabilitation of slum dwellers encroaching on the land adjacent to railway tracks. The top court sought an affidavit within a week.

Senior advocate Colin Gonsalves, appearing for an NGO, submitted before a bench of Justice AM Khanwilkar and Justice CT Ravikumar that Railways has taken contradictory response from the Supreme Court, the Delhi High Court, and the Gujarat High Court.

Gonsalves said last year, the solicitor general while appearing for the ministry had told the Supreme Court that it was formulating a policy, however, the Railways has told the Delhi High Court that it was adopting Delhi government's policy for squatters' rehabilitation.

He added that before the Gujarat High Court, the Railways had submitted that it was not contemplating any policy, and insisted that the ministry should bring on record a clarification in the matter.

Additional Solicitor General KM Nataraj contended before the bench that there is no such policy for rehabilitation of squatters on Railways' land. However, the top court, pointing at the contradictory stand of railways, said it should explain the conflicting position taken before different forums, including the Supreme Court.

The top court directed the secretary to file a response and scheduled the matter for further hearing on November 29. It further added that the affidavit must disclose the timeline within which rehabilitation plan will be taken forward especially in connection with a project of 2.65 km which may affect seven slums, as informed by the counsel for petitioners.

The top court was hearing the plea challenging Gujarat High Court order, directing eviction of over 10,000 slum dwellers, near the railway lines in Surat. The petitioners have claimed that demolition without providing a rehabilitation scheme was illegal. IANS