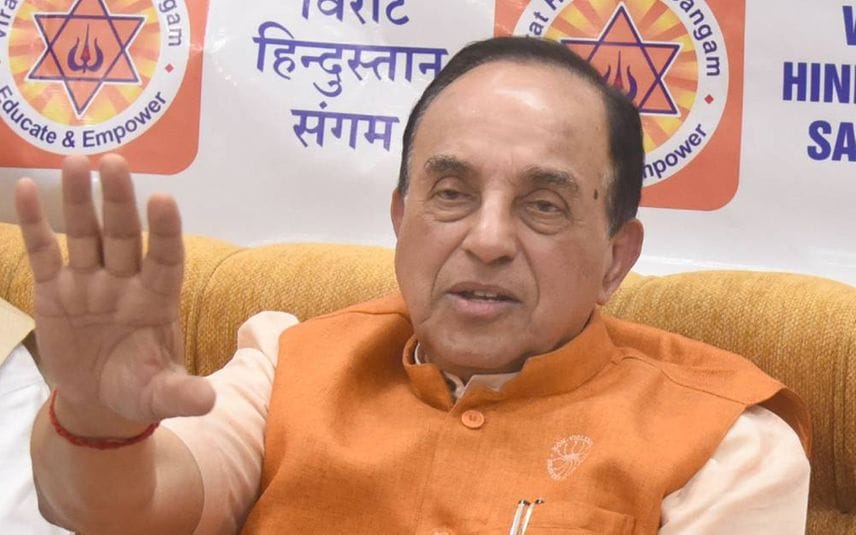 Swamy also sought direction to set aside and revoke any decision or grant of any further approvals/ permissions/permits, etc. by the Respondent authorities with respect to the present Air India Disinvestment process.

The Division Bench of Justice DN Patel and Justice Jyoti Singh to hear the matter on Tuesday.

The petitioner Subramanian Swamy through Advocate Satya Sabarwal also sought direction to the Central Bureau of Investigation (CBI) to investigate the role and functioning of the respondent authorities and submit a detailed report in the present Air India Disinvestment process exclusively to thisCourt.

"All efforts" to hand over all operations of Air India to Tata Sons by the end of December, said Secretary Ministry of Civil Aviation Rajiv Bansal recently.

Tata Sons, which originally launched Air India with a namesake branding (Tata Air Services) in 1932, bid for the carrier under its wholly-owned subsidiary Talace Pvt Ltd for Rs Rs 18,000 crore.

Tata Sons were up against Spicejet promoter Ajay Singh-led consortium who had bid Rs 15,100 crore. The total debt of Air India as of August 31 stands at Rs 61,562 crore.

According to Tuhin Kanta Pandey, the debt of the airline would be taken over by the successful bidder (Tata Sons) is Rs 15,300 crore while the remaining debt of Rs 46,262 crore will go to Air India Asset Holding Limited (AIAHL).

Under the divestment conditions, Tata sons will retain Rs 15,300 crore of Air India's debt and pay Rs 2,700 crore to the government, of the total Rs 18,000 crore price.

On October 27, Union Finance Ministry directed all ministries to clear dues of Air India and also instructed them to buy air tickets in cash till further orders.

"...the process of disinvestment of Air India and Air India Express is ongoing. Air India has stopped extending the credit facilities on account of the purchase of air tickets. Therefore, all Ministries/ Departments are directed to clear Air India's dues immediately. Air tickets from Air India may be purchased in cash till further instructions," read the Ministry of Finance order

"Ministries/Departments are directed to bring out these instructions to the notice of their Subordinate offices/ Institutes etc under their administrative control, for compliance," it added.The government also informed that the winning bidder--Tata Sons--will retain all employees for one year and the group will need to offer a voluntary retirement scheme if it decides on retrenchment after the period.

The government has said that the interest of the employees and retired employees would be taken care of in the disinvestment process.