States too can declare religious or linguistic community as minority: Centre 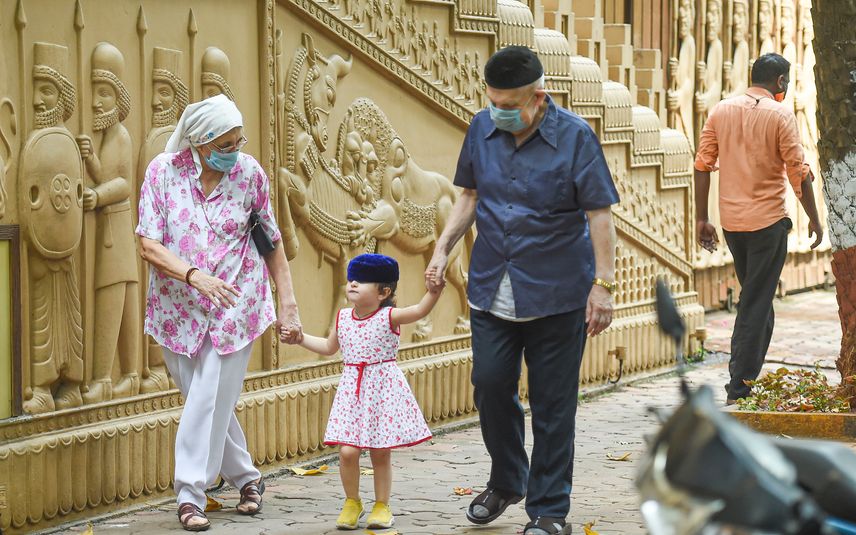 New Delhi: State governments can declare a religious or linguistic community as a minority within the said state, the Centre has told the Supreme Court.

The submission was made in response to a plea filed by advocate Ashwini Kumar Upadhyay which challenged the validity of section 2(f) of the National Commission for Minority Education Institution Act, 2004.

Upadhyay, in his plea, challenged the validity of section 2(f) alleging that it gives unbridled power to the Centre terming it "manifestly arbitrary, irrational, and offending".

The Ministry of Minority Affairs in its response said: “It is submitted that the State governments can also declare a religious or linguistic community as a minority community within the said state.”

"Therefore in view of the states also notifying minority communities, the petitioners' allegation that the followers of Judaism, Bahaism, and Hinduism, who are real minorities in Ladakh, Mizoram, Lakshadweep, Kashmir, Nagaland, Meghalaya, Arunachal Pradesh, Punjab, and Manipur cannot establish and administer educational institutions of their choice is not correct."

The Ministry submitted that matters concerning whether followers of Judaism, Bahaism, and Hinduism can establish and administer educational institutions of their choice in the said states, and those related to their identification as minority within the state, may be considered at state level.

The affidavit said that the Parliament has enacted the National Commission for Minorities Act, 1992, under Article 246 of the Constitution read with Entry 20 in the Concurrent List in Schedule 7.

"The National Commission for Minorities Act, 1992 is not arbitrary or irrational and does not violate any of the provisions of the Constitution,” it said.

The ministry also denied that section 2(f) of the said act confers unbridled power to the Centre.

The plea, filed through advocate Ashwani Kumar Dubey, said that denial of benefits to the "real" minorities and "arbitrary and unreasonable" disbursements under schemes meant for them to the absolute majority infringes upon their fundamental right.

"In alternative, direct and declare that followers of Judaism, Bahaism & Hinduism, who are minorities in Ladakh, Mizoram, Lakshadweep, Kashmir, Nagaland, Meghalaya, Arunachal Pradesh, Punjab and Manipur, can establish & administer educational institutions of their choice in spirit of the TMA Pai Ruling," the plea said.

The apex court in the TMA Pai Foundation case had held that the state is well within its rights to introduce a regulatory regime in the national interest to provide minority educational institutions with well-qualified teachers in order for them to achieve excellence in education.

Quoting Article 30 of the Constitution, the plea said that minorities whether based on religion or language shall have the right to establish-administer educational institutions of their choice.

The petition said that denial of minority rights to actual religious and linguistic minorities is a violation of the rights of minority enshrined under Articles 14 and 21 (no person shall be deprived of his life or personal liberty except according to procedure established by law) of the Constitution.

The apex court had earlier allowed a plea seeking transfer of cases from several high courts to it against the Centre's notification to declare five communities -- Muslims, Christians, Sikhs, Buddhists, and Parsis -- as minorities and tagged the matter with the main petition.