State while making policy must give due consideration for protecting family life of employees: SC 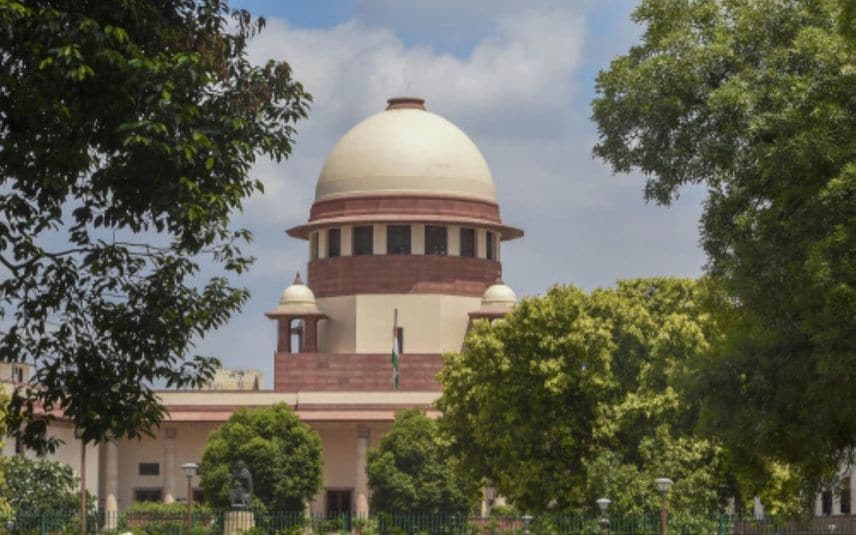 New Delhii: The State while formulating a policy for its employees has to give due consideration to the importance of protecting family life as an element of the dignity of the person and a postulate of privacy, the Supreme Court on Thursday said.

It said that the State's interference in the rights of privacy, dignity, and family life of persons must be proportional.

A bench of Justices DY Chandrachud and Vikram Nath affirmed a Kerala High Court order that upheld the validity of a circular withdrawing the Inter-Commissionerate Transfers (ICT) saying that the Central Excise and Customs Commissionerates Inspector (Central Excise, Preventive Officer and Examiner) Group ‘B' Posts Recruitment Rules of 2016 do not contain any such provision.

The bench, which dealt with the policy elaborately said, “Hence while we uphold the judgement of the division bench of the Kerala High Court, we leave it open to the respondents (Centre) to revisit the policy to accommodate posting of spouses, the needs of the disabled and compassionate grounds".

The bench said, “such an exercise has to be left within the domain of the executive, ensuring in the process that constitutional values which underlie Articles 14, 15 and 16 and Article 21 of the Constitution are duly protected”.

It said that the State in the present case has been guided by two objectives: first, the potential for abuse of ICTs and second, the distortion which is caused in service leading to a plethora of litigation.

“The State while formulating a policy for its own employees has to give due consideration to the importance of protecting family life as an element of the dignity of the person and a postulate of privacy”, the bench said.

It added that how a particular policy should be modulated to take into account the necessities of maintaining family life may be left at the threshold to be determined by the State.

“In crafting its policy however the State cannot be heard to say that it will be oblivious to basic constitutional values, including the preservation of family life which is an incident of Article 21”, the bench said.

The top court added that in considering whether any modification of the policy is necessary, they (Centre and State) must bear in mind the need for a proportional relationship between the objects of the policy and the means which are adopted to implement it.

“The policy above all has to fulfill the test of legitimacy, suitability, necessity and of balancing the values which underlie a decision-making process informed by constitutional values”, the bench said.

It added that a circular dated September 20, 2018, has taken into account, what it describes as “exceptional circumstances” such as “extreme compassionate grounds” for ICTs for a stipulated period on a loan basis.

“Whether such a provision should be suitably enhanced to specifically include cases involving (i) postings of spouses; (ii) disabled persons; or (iii) compassionate transfers, is a matter which should be considered at a policy level by the Board (CBDT)”, the bench said.

It added that certain basic precepts of service jurisprudence must be borne in mind that transfer in an All India Service is an incident of service.

“Whether, and if so where, an employee should be posted are matters which are governed by the exigencies of service. An employee has no fundamental right or, for that matter, a vested right to claim a transfer or posting of their choice”, it said.

In the 50-page verdict penned down by Justice Chandrachud, the bench said that executive instructions and administrative directions concerning transfers and postings do not confer an indefeasible right to claim a transfer or posting.

It said that the absence of a provision for filling up a post in the Commissionerate by absorption of persons belonging to the cadre of another Commissionerate clearly indicates that the cadre is treated as a posting unit and there is no occasion to absorb a person from outside the cadre who holds a similar or comparable post.

“Inducting persons from outside the cadre by absorption requires a specific provision in the subordinate legislation for the simple reason that the concept of a cadre would otherwise militate against bringing in those outside the cadre”, the bench ruled.

It added that if the authority entrusted with the power of framing rules under Article 309 of the Constitution did so on the ground that the provision was subject to misuse and was contrary to the interests of the administration, no employee can assert a vested right to claim an ICT. PTI