BJP's every promise was a 'Jumla', says Akhilesh Yadav 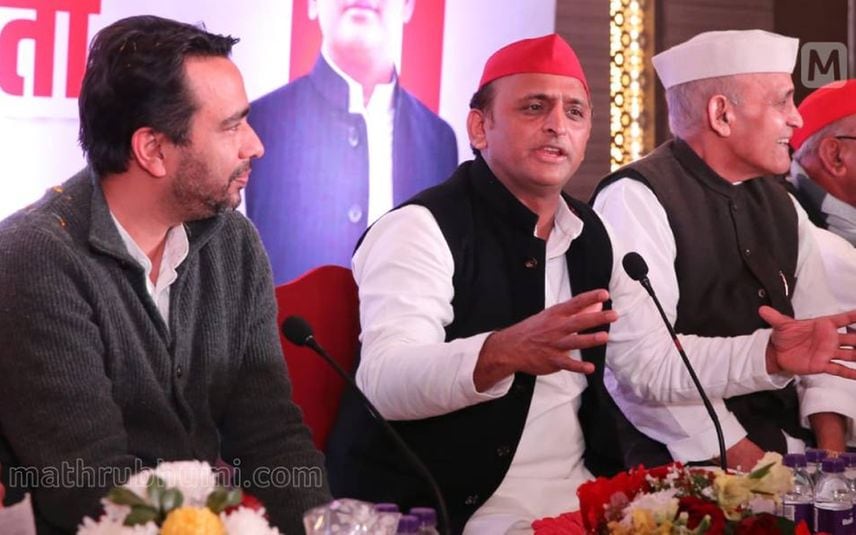 Muzaffarnagar (Uttar Pradesh) [India]: Samajwadi Party chief Akhilesh Yadav on Friday hit out at the ruling BJP government in Uttar Pradesh and said that every promise that they made during before the 2017 Assembly elections in the state turned out to be a "Jumla".

Addressing a joint press conference with Rashtriya Lok Dal chief Jayant Chaudhary here, Yadav said, "Now the elections have come, I would like to tell BJP to read their manifesto. Did they fulfil the promises that they made? Every promise turned out to be a 'Jumla'. Gave false advertisements, playing with the statistics even now. I believe that our coalition will defeat the BJP in this election."

The former chief minister further reiterated his party's promise that they would provide 300 units of free electricity to the people if they are voted to power.

"300 units of (overall) free electricity and free electricity for irrigation will be given, arrangements for farmers to sell their crops at MSP. Farmer Corpus and revolving fund to be created so that farmers don't have to wait for payments. SP-RLD will do it," he said.

"We will distribute laptops as we did earlier, Samajwadi pension that we had given, we will give again," Yadav added.

Meanwhile, talking about the BJP's statement that the party's doors are always open for Jayant Chaudhary, the SP chief said that the RLD chief has shut the doors of Western UP for the BJP.

"Jayant Singh Chaudhary has shut the doors for Bharatiya Janata Party in Western UP (in view of the upcoming polls)," he said while speaking to the reporters in Meerut.

Yadav denied any possibility for a post-poll alliance between the BJP and the Rashtriya Lok Dal's Jayant Choudhary. "Unka niyotaa maan kaun raha hai? Sochiye kaise halaat hain unki ki niyotaa dena pad raha hai. (Who is accepting their invitation? Imagine what condition they're in ... that they're sending invites)."

Earlier, RLD formed an alliance with Samajwadi Party to contest Uttar Pradesh Assembly Elections that are scheduled to take place in seven phases beginning on February 10.