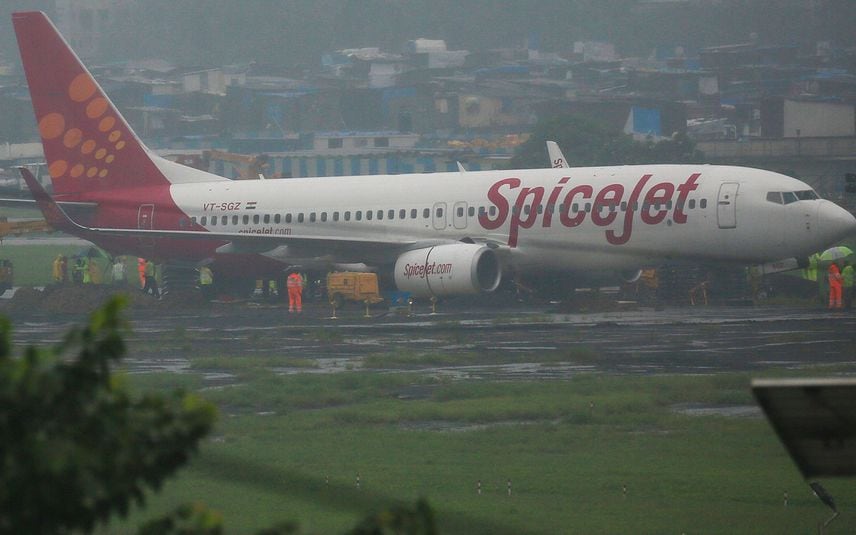 New Delhi: The Directorate General of Civil Aviation (DGCA) on Monday off rostered all the involved crews, aircraft maintenance engineer (AME) and in-charge of the Maintenance Control Center of the Mumbai-Durgapur SpiceJet Boeing B737-800 aircraft that encountered severe turbulence on Sunday.

The turbulence which occurred on May 1 injured at least 14 passengers as well as three cabin crew members. Two out of the 14 injured passengers are currently in ICU, DGCA said.

Also, as a regulatory measure, DGCA is carrying out the inspection of Spicejet aircraft across the fleet.

"On May 1, 2022, Spic jet B737-800 aircraft VT-SLH operating flight SG-945 (Mumbai-Durgapur) encountered severe turbulence during descent. There was a total of 195 persons on board the aircraft including 02 pilots and 04 cabin crew members. The aircraft took off from Mumbai at approximately 1713 IST. During descent, the aircraft experienced severe turbulence and the vertical load factor varied from +2.64G and - 1.36G. During this period the autopilot got disengaged for two minutes and the crew manually flew the aircraft," said DGCA in a statement.

It further said that the aircraft reported to Durgapur ATC that a few passengers were injured due to turbulence and requested medical assistance after landing.

"Due to the severe turbulence experienced by the aircraft, there were injuries to fourteen passengers and three cabin crew. The injuries were related to head, spine, shoulder, forehead and facial injuries. At present three passengers are hospitalized. Two of the passengers are in ICU at Durgapur. One of the passengers is admitted in Diamond hospital suffering from a head injury and another passenger is in mission hospital with spinal injury," it said.

The oxygen panels of the B737 opened up and oxygen masks fell off. "Damage has occurred to the few seat hand rest and overhead decorative panel. One cabin overhead bin (hatrack) lock was found broken. The galley items were seen strewn across the floor. The same was the condition in the aisle. The airline after inspection positioned the aircraft at Kolkata," it added.

Taking action against the aircraft, the DGCA has off rostered the involved crew, the AME who released the aircraft from Durgapur and in charge of the Maintenance Control Center of Spice Jet pending investigation.

The aircraft is grounded at Kolkata airport for now.

"As a regulatory measure, DGCA is carrying out the inspection of M/s Spice jet aircraft across the fleet," it added.

The regulator has formed a multi-disciplinary panel to probe the turbulence incident.