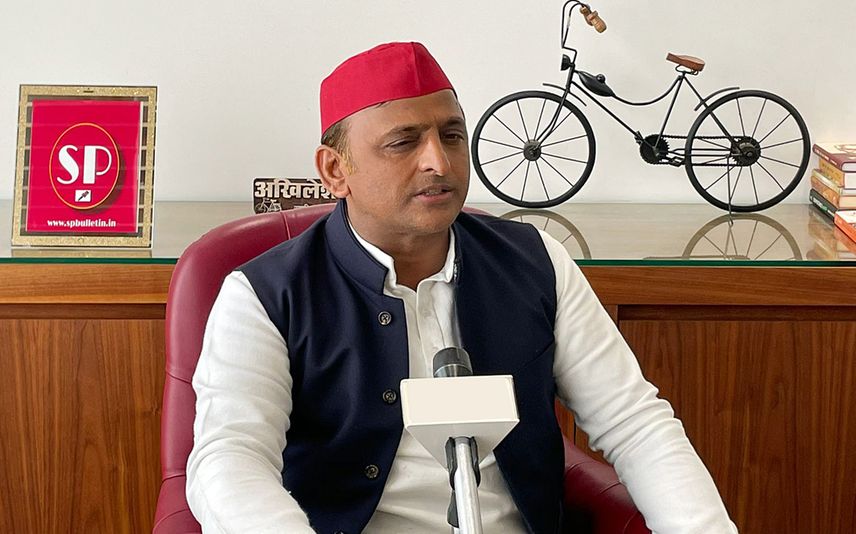 Lucknow:Akhilesh Yadav-led Samajwadi Party got support of 26 per cent of Hindu voters, up from 18 per cent in the last Assembly elections, revealed a post-poll survey conducted by CSDS-Lokniti. Yadav had visited many temples in course of his whirlwind campaign with an aim to dent the BJP's vote base among the Hindus.

The BJP got the support of the over half of the Hindu voters while the Samajwadi Party was backed by over two-third of Muslim electors in the just-concluded Uttar Pradesh Assembly polls, a post-poll survey has revealed.

According to the findings of the CSDS-Lokniti survey, the BJP saw a marginal increase in its support among the Muslim voters as compared to the 2017 Assembly elections.

Sanjay Kumar, professor and co-director of Lokniti, a Research programme at the Centre for the Study of Developing Societies (CSDS), told PTI that the findings of the survey were based on a comprehensive sample, an important factor for any survey to be accurate.

Chief Minister Yogi Adityanath had set the tone for a polarised elections, saying 80 per cent of the population supported the BJP while the rest 20 per cent like in the past continue to have aversion to it.

His statement was seen in the political circles as a reference to the ratio of Hindus and Muslims in the state's population.

The CSDS-Lokniti survey says the BJP was favoured by 54 per cent of the Hindu voters as compared to 47 per cent in 2017.

The BJP and its alliance partners bagged 273 of the 403 Assembly seats in the elections, the results of which were declared on March 10. The SP-led alliance got 125 seats while the Congress got only two seats, down from seven last time.

The BSP got only one seats, its worst-ever performance.

The post-poll survey revealed that 79 per cent of Muslim voters chose the SP, up from 46 per cent in the 2017 state elections.

Though there is no Muslim candidate among the 273 winners of the BJP-led coalition, 8 per cent of Muslim voters supported it, an increase of three percentage points than the 2017 polls.

The BJP had not fielded a single Muslim candidate while one candidate from the community was given by its alliance partner Apna Dal (Sonelal), who had fielded a community member against Azam Khan's son Abdullah Azam in Suar of Rampur.

The election results came as a nightmare for the BSP, which was supported by only six per cent of the Muslim voters, down from 19 per cent last time.

The Congress too saw a major decline in support among the community as only three per cent Muslims supported it as against 19 per cent last time.

Mayawati had the previous day blamed the "casteist media" for spreading rumours that the BSP was the B-team of the BJP.

The BSP had fielded 87 Muslim candidates followed by 75 by the Congress and 64 by the SP.

Of the winner, 31 belonged to the Samajwadi Party.

Mulayam to be cremated on Tuesday in UP's Saifai