Sonia to form 'Empowered Action Group' for LS polls, Cong 'Chintan Shivir' in Udaipur from May 13-15 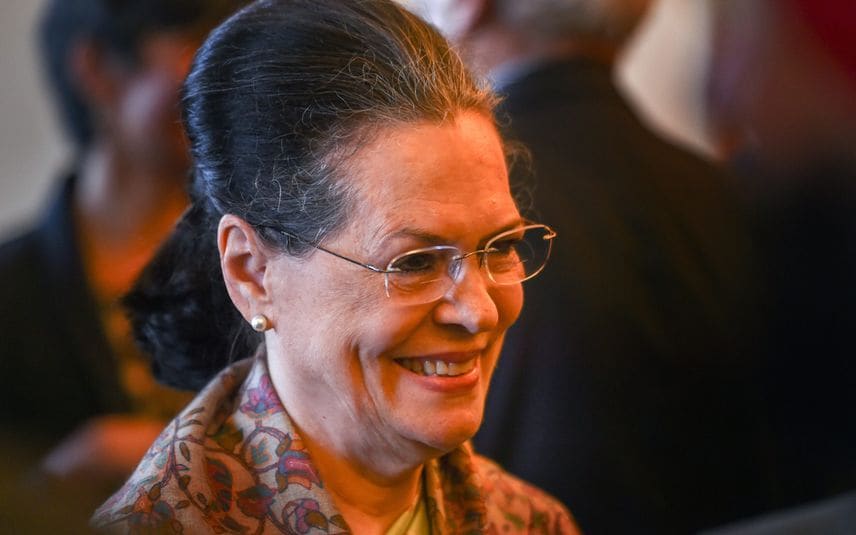 New Delhi: Buffeted by a string of electoral reverses, the Congress on Monday announced an empowered group will be constituted to address the political challenges ahead and prepare the strategy for the 2024 Lok Sabha elections, days after deliberating on a revival plan presented by poll strategist Prashant Kishor.

Congress President Sonia Gandhi also decided to convene a 'Chintan Shivir', a three-day brainstorming session from May 13-15 in Udaipur, where party leaders from across the country will discuss internal issues confronting it and come up with solutions to galvanise the organisation.

While Mallikarjun Kharge will lead the panel on political issues, Bhupinder Singh Hooda will head the committee on agriculture and farmers. Mukul Wasnik will spearhead the coordination panel for organisational matters. She has included many of the G 23 leaders, who have been insisting on an overhaul of the organisation, in these panels.

Asked if any decision was made on Kishor's induction into the party, Surjewala was evasive. "Whenever the group is constituted, you will know who is part of it," he responded tersely.

A section of the Congress has reservations over Kishor's entry into the party, particularly after the Indian Political Action Committee (I-PAC), an organisation he founded, signed an agreement with Telangana's ruling TRS for the next assembly elections. The Congress has adversarial relations with the Telangana Rashtra Samithi in the state.

AICC pointsman for Telangana Manickam Tagore had reacted sharply to Kishor's meeting with Chief Minister K Chandrasekhar Rao and other TRS leaders on Saturday and Sunday before the deal was announced.

"Never trust someone who is friends with your enemy," Tagore tweeted on Sunday.

Kishor has been insisting he is no longer associated with the I-PAC.

The decisions by the Congress aimed at reviving the party were taken at a meeting of senior leaders who also discussed the plan presented by Kishor.

"The Congress president received a report from the eight-member group on April 21. Today, she discussed the report with the group, and based on the discussions, the Congress president has decided to constitute an 'Empowered Action Group-2024' in order to address the political challenges ahead," Surjewala said.

During the meeting that lasted for over three hours, Gandhi discussed the recommendations with the members of the group.

These eight leaders comprised the group which explored ways to revive and rejuvenate the party ahead of the assembly elections in some states and the next Lok Sabha polls, and submitted their report with recommendations to the Congress president on April 21.

"The Congress president has decided to convene the 'Nav Sankalp Chintan Shivir' of the Indian National Congress in Udaipur on May 13, 14 and 15, 2022, where about 400 Congressmen and women from every state will participate," Surjewala said.

The focus of the deliberations will be on the current political and economic situation and the challenges they pose to our society and the nation, he said.

Surjewala said the 'Chintan Shivir' will also deliberate on the broad strategy of the Congress for the 2024 Lok Sabha elections.

"Issues relating to the welfare and well-being of farmers and farm labourers, and the trampling of the rights of scheduled castes, scheduled tribes, OBCs, religious and linguistic minorities and women, social justice and empowerment and youth will also be discussed in detail.

"In addition, matters relating to organisational restructuring and strengthening will be deliberated," a party statement said.

Among the six coordination panels constituted by Sonia Gandhi for preparing background notes and leading discussions during the Chintan Shivir, is the political panel headed by Kharge. It includes Ghulam Nabi Azad and Shashi Tharoor, the members of G 23, besides Ashok Chavan, Uttam Kumar Reddy, and Gaurav Gogoi.

The coordination panel for organisational matters has Mukul Wasnik, one of the signatories to the letter written by G 23 leaders to Sonia Gandhi seeking a leadership overhaul, as convener. Its members include Ajay Maken, Tariq Anwar, Ramesh Chennithala, Randeep Surjwala, Adhir Ranjan Chowdhury, Netta D'souza and Meenakshi Natarajan.

Former Haryana Chief Minister Bhupinder Singh Hooda, another member of the G 23, has been made the convener of the coordination panel on farmers and agriculture, with T S Singhdeo, Shaktisinh Gohil, Nana Patole, Pratap Bajwa, Arun Yadav, Akhilesh Prasad Singh, among others as members.

Many of the G 23 leaders have been adjusted in these panels including Ghulam Nabi Azad, Anand Sharma, Manish Tewari, Shashi Tharoor and Akhilesh Prasad Singh.