Her son and former Congress chief Rahul Gandhi has already been quizzed by the probe agency for over five days. 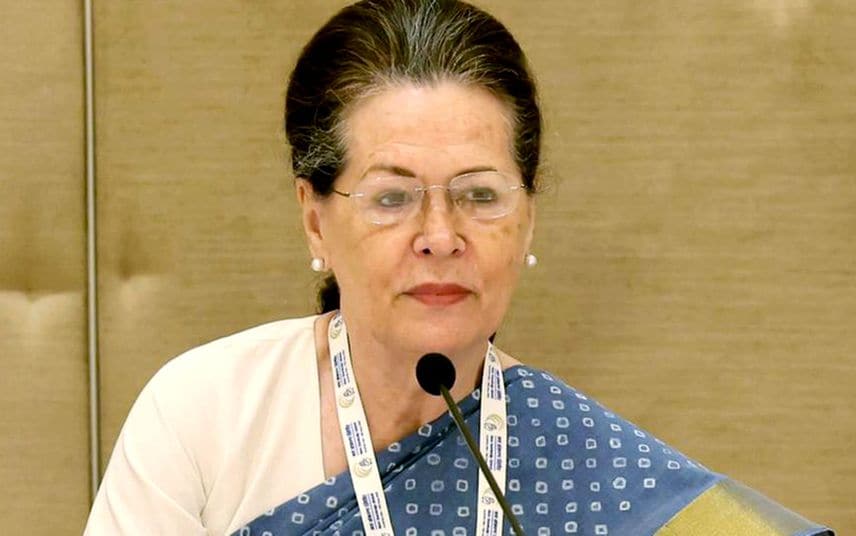 New Delhi: Congress president Sonia Gandhi, who was hospitalised for over a week for COVID-19 complications, on Wednesday wrote to the Enforcement Directorate seeking postponement of her appearance in the National Herald case by a few weeks till she recovers completely.

The 75-year-old Congress leader, who was discharged from hospital on June 20, had been summoned by the agency for questioning on June 23 in the money laundering case related to the newspaper.

Her son and former Congress chief Rahul Gandhi has already been quizzed by the probe agency for over five days.

Sonia Gandhi had earlier been scheduled to appear before the Enforcement Directorate (ED) on June 8 but had sought more time from the probe agency in view of her COVID-19 infection. The agency had then issued a fresh summons.

"Since she has been strictly advised rest at home following her hospitalisation on account of COVID and lung infection, Congress President Smt. Sonia Gandhi has written to ED today seeking the postponement of her appearance there by a few weeks till she has recovered completely," Congress general secretary Jairam Ramesh said on Twitter.

Rajasthan Chief Minister Ashok Gehlot earlier said that Gandhi should not appear before the ED as she has just returned after many days of hospitalisation.

"Sonia Gandhi has just come back from the hospital after many days, I don't think she should go there now," Gehlot told reporters when asked about her appearance before the ED.

He said she would cooperate with the ED but will not be able to go there.

Gehlot again asserted the case against the Gandhis has nothing in it as it has been reopened by the ED seven years after it was closed by the same agency.

He said since there is no money involved in the AJL case, the question of money laundering does not arise, an argument repeated by party leaders since the ED summoned the Gandhis.

"They have created a case of money laundering where there is no exchange of money involved," the veteran Congress leader said.

Gehlot said never has such questioning of opposition leaders like Rahul Gandhi taken place when they were subjected to long hours of questioning.

The chief minister said that he is seeking time from the directors of the ED, the CBI and the chairman of the CBDT ''to convey the feelings of people towards them and how their credibility is going down in the eyes of the public''.

He alleged that thy were acting under pressure from the government and should not lower the dignity of the agencies as they are premier bodies of the country.

Congress president Gandhi was discharged from the Sir Ganga Ram Hospital here on Monday evening and was advised to rest at home, the party said.

She was admitted to the hospital on June 12, days after she tested positive for COVID-19 on June 2.

The Congress has accused the Centre of targeting opposition leaders by misusing investigative agencies and has termed the entire action "political vendetta".