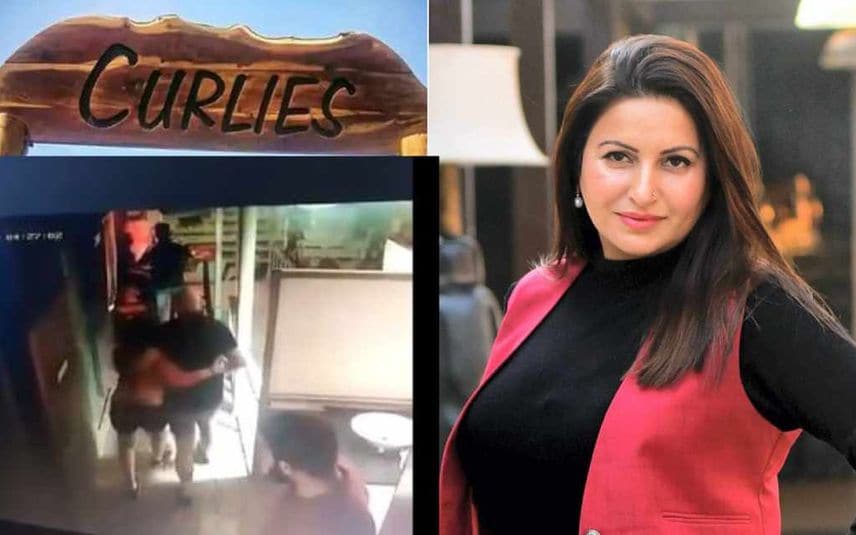 Panaji: The Goa Police have arrested one more drug peddler in connection with the case of alleged murder of BJP leader Sonali Phogat, an official said on Sunday.

With this, five people have so far been arrested in the case.

Phogat (43), a former Tik Tok star and contestant on the reality TV show "Big Boss", was brought dead to a hospital August 23, a day after arrival in Goa.

On Saturday night, the Anjuna police in North Goa district arrested drug peddler Rama alias Ramadas Mandrekar for allegedly supplying drugs to another peddler Dattaprasad Gaonkar, who is already in custody in connection with the case, the official said.

The Goa Police on Saturday said Phogat was given methamphetamine, a recreational drug, by her aides hours before her death.

Gaonkar had allegedly provided drugs to Phogat's aides Sagwan and Singh who fed them to her, police earlier said.

Edwin Nunes, the other arrested man, is the owner of the Curlies restaurant in North Goa where Phogat and her aides had partied on the intervening night of August 22 and 23.

Phogat was administered methamphetamine, and some left-over drug was recovered from the restaurant's washroom, Deputy Superintendent of Police Jivba Dalvi had said.

Sagwan and Sukhwinder Singh allegedly told police that they had procured drugs from Gaonkar who worked as a room boy at Hotel Grand Leoney Resort in Anjuna where they were staying.

While Singh and Sagwan are charged with murder, Nunes and Gaonkar are booked under the Narcotic Drugs and Psychotropic Substances (NDPS) Act.

Videos of CCTV footage from the restaurant had emerged on social media on Saturday. In one video, Phogat is seen dancing with Sagwan and the latter is seen forcing her to drink water which she instantly spits out.

Another video showed Phogat being escorted out of the restaurant by the accused. She is seen staggering and almost falling near the staircase on her way out.

Phogat was brought dead to St Anthony Hospital at Anjuna in North Goa district on August 23 morning from the hotel where she was staying.

While doctors said Phogat had a heart attack, her brother alleged that Sagwan and Singh, who had arrived in Goa with her, had played a role in her death.

A local court on Saturday remanded Sagwan and Singh in police custody for 10 days. PTI

Sonali Phogat's drink was spiked by accused at restaurant before her death: Goa Police