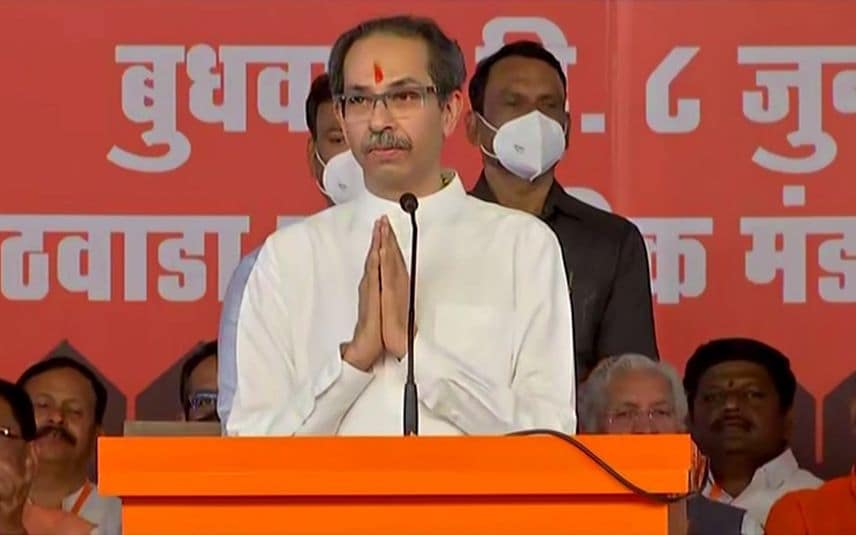 He said the Sena is announcing support for Murmu without any pressure while acknowledging that this is the first occasion wherein a tribal woman is getting the opportunity to become the President.

After getting the support of some regional parties like BJD, YSR-CP, BSP, AIADMK, TDP, JDS, Shiromani Akali Dal and now Shiv Sena, the vote share of NDA nominee Droupadi Murmu has already crossed 60 per cent. It was around 50 per cent at the time of her nomination.

In the meeting held on Monday, most MPs of Sena had urged Thackeray to back Murmu's candidature.

“I am clarifying my stand. Tribal leaders of my party told me that this is the first time that a woman from the tribal community is getting the chance to become the president. Respecting their views, we have decided to back Droupadi Murmmu's candidature,” he said.

“Actually, going by the present political atmosphere, I should not have backed her. But we are not narrow-minded,” he said.

The Sena chief said he got representations from Nomadic Tribes and Scheduled Tribes communities to back Murmu.

“I am again saying there is no pressure on me to back Droupadi Murmu. Going by the present political atmosphere, I should not have backed her (Murmu) because she is a candidate of the Bharatiya Janata Party (BJP). But we are not narrow-minded,” Thackeray said.

He recalled that the Sena had backed United Progressive Alliance's (UPA's) nominees Pratibha Patil and Pranab Mukherjee in the Presidential polls held in 2007 and 2012, respectively, even though the Sena was a constituent of the BJP-led NDA at that time.

“Even at that time, the Shiv Sena had thought beyond politics and did what is good for the country,” Thackeray said.

The Shiv Sena has 19 MPs in Lok Sabha, including 18 from Maharashtra. It has three MPs in Rajya Sabha.

On the home turf of Maharashtra, the Uddhav Thackeray-led Sena is left with 15 MLAs, after 40 legislators sided with the Eknath Shinde faction.

A delegation of Shiv Sena is likely to meet Murmu to convey the party's support to her, a party functionary said.

Polls to elect the next president will be held on July 18. The race for the Rashtrapati Bhavan will be between Murmu and Opposition candidate Yashwant Sinha.