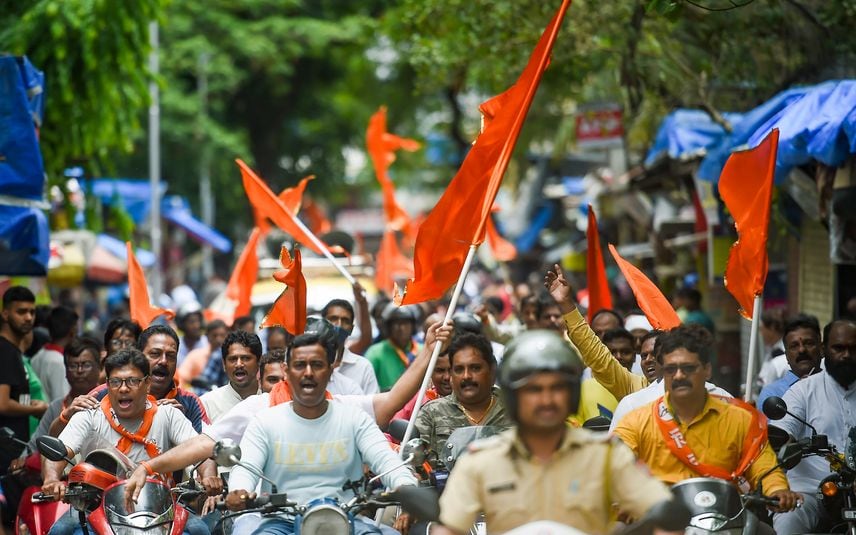 The plea challenging the Governor's direction was mentioned before a vacation bench of Justices Surya Kant and J B Pardiwala who took note of submissions of senior advocate A M Singhvi that an urgent hearing was needed and is scheduled to hear the matter at 5 pm.

The petition contended that Governor Bhagat Singh Koshyari vide communication dated June 28, 2022 (which was received today i.e., on June 29 at about 9:00 am) has decided to hold a floor test in complete defiance of the fact that this court is seized of the issue of the disqualification proceedings.

"Such undue haste is manifestly arbitrary and therefore violative of Article 14," said the plea and sought directions seeking setting aside of the impugned communication sent by the Governor to the Chief Minister as well as to the secretary of the Assembly.

"It is submitted that the impugned communications are entirely based on media reports with no concrete material whatsoever. None of the 39 MLAs, it appears, have individually or collectively written to the Hon'ble Governor about their decision to withdraw support from the MVA-led government," the plea said.

Prabhu submitted in his plea that the impugned directions ought not to have been issued without the aid and advice of the council of the ministers led by the Chief Minister.

"It is surprising that the leader of the opposition admittedly meets the Governor at 10:00 pm on June 28, 2022, and the impugned communications are also of the same date. This only shows the undue haste with which the Hon'ble Governor has acted without even asking the CM for his views in respect of the political scenario in the State.

"The impugned directions, it seems, have been issued on the 'aid and advice of the leader of the opposition, which is clearly not contemplated under the constitution," the plea said.

The petition stated that there is absolutely no ground or material to call for an urgent floor test on June 30, 2022, when this court is already seized of parallel proceedings and wherein constitutional issues are to be decided.

"The Governor with little or scant respect to the sanctity and dignity of this court has proceeded to go ahead and order a floor test in a clear attempt to shield the MLAs from the punishment entailed on account of the constitutional sin of defection.

"The floor test, no doubt, is a constitutional mandate to ascertain who has the majority as our democracy is founded on the rule of the majority. An equally concomitant consideration and constitutional imperative in the Tenth Schedule of the Constitution which prescribes and outlines who can be entitled to vote or be a part of the Assembly," the plea said.

"The disqualification proceedings under the Tenth Schedule are only a formal adjudication of this fact or otherwise of disqualification. The order of the Speaker/Deputy Speaker is an ex post facto recognition of the event of disqualification which had occurred at an anterior point of time," it said. Koshyari has asked the Maharashtra Legislature Secretary to hold a floor test of the MVA government at 11 am on Thursday.

The Governor's letter comes amid the rebellion in the ruling Shiv Sena by senior minister Eknath Shinde, who has been camping in Guwahati since last week with the majority of party legislators and several independent MLAs, which has pushed the government led by Thackeray, who is also the Sena president, into a crisis.

Earlier, the apex court on June 27 had kept in abeyance the disqualification proceedings against rebel Shiv Sena MLAs before the Deputy Speaker of the state Assembly till July 11, and also sought responses from the state government and others on their pleas questioning the legality of notices seeking their disqualification. PTI