Earlier on Thursday night, Shiv Sena had filed a petition before the Deputy Speaker of the state assembly seeking the cancellation of membership of 12 rebel MLAs including Eknath Shinde for "not attending" the legislative party meeting held on Wednesday. 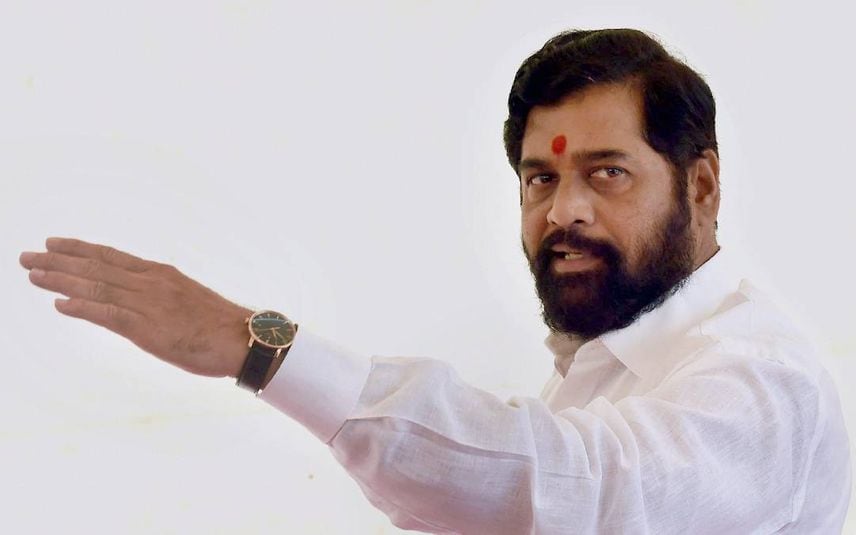 Mumbai: A day after the Uddhav Thackeray faction submitted a plea before Deputy Speaker Narhari Jhirwal to disqualify the rebel MLAs, the Ekanth Shinde faction on Friday gave a notice of no-confidence motion against the deputy speaker.

Earlier on Thursday night, Shiv Sena had filed a petition before the Deputy Speaker of the state assembly seeking the cancellation of membership of 12 rebel MLAs including Eknath Shinde for "not attending" the legislative party meeting held on Wednesday.

In response to the move by the Uddhav faction, Independent MLAs Mahesh Baldi and Vinod Agrawal belonging to the Shinde faction gave the notice of no-confidence stating that "a notice to move a resolution for removal of Narhari Zirwal as Deputy Speaker of the Maharashtra Legislative Assembly under Article 179 of the Constitution of India read with Rule 11 of the Maharashtra Legislative Assembly Rules has already been submitted."

Citing the observations of the Supreme Court in the case of Nabam Rebia & Bamang Felix VS Dy. Speaker, Arunachal Pradesh Legislative Assembly in (2016), the letter addressing the Deputy speaker and the Secretary of the Legislative Assembly, the two leaders wrote that "We are, therefore, of the view that constitutional purpose and constitutional harmony would be maintained and preserved, if a Speaker refrains from adjudication of a petition for disqualification under the Tenth Schedule, whilst his own position, as the Speaker is under challenge".

The Shinde faction further claimed that the deputy speaker will not have any authority to decide on any application pending before him "whilst a motion for his own removal is pending".

"We further state that any action taken by the Deputy Speaker shall amount to contempt of Supreme Court of India.Earlier on Thursday, Shiv Sena MP Arvind Sawant told ANI that a notice had been issued before the meeting which said that if an MLA does not attend the meeting, legal action will be taken.

"We've filed a petition before the Deputy Speaker (of the Maharashtra Legislative Assembly) and demanded that the membership of 12 (MLAs) should be cancelled as they didn't attend yesterday's meeting," Sawant said.

"Before the meeting a notice was issued stating that if you didn't attend the meeting then legal action will be taken as per the constitution. Some didn't come and some gave unnecessary reasons," he added.

The petition has been filed by Ajay Choudhari, who was appointed "legislative party leader" after Shinde was "removed" from the post by the Shiv Sena.

Shiv Sena's Chief Whip Sunil Prabhu had issued a letter to party MLAs, asking them to be present in the meeting.

The letter stated that if someone remains absent, it will be considered that the said MLA has decided to quit the party voluntarily. (ANI)