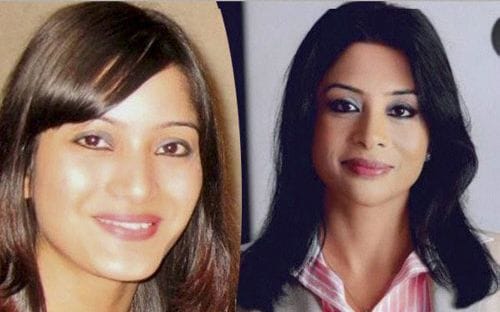 A bench of Justices L Nageswara Rao, BR Gavai and AS Bopanna granted bail to Mukerjea while noting that she has been in jail for six-and-half years.

The bench while releasing her said, "We are granting bail to Indrani Mukerjea. Six-and-a-half years is too long a time. We are not making comments on the merits of the case. Even if the 50 per cent witnesses are given up by the prosecution, the trial would not be over soon. She is granted bail. She will be released on bail subject to satisfaction of the trial court. The same conditions imposed on Peter Mukherjea will also be imposed on her."

Indrani had challenged the Bombay High Court order of 16 November 2021 that denied her bail. Earlier, the bench had asked the CBI to file an affidavit on Indrani's bail plea.

The Central Bureau of Investigation (CBI) in an affidavit filed before the Supreme Court, had opposed the plea of Indrani Mukerjea, by saying that she has committed a "heinous act of planning and killing her own daughter" and "such a gruesome act does not deserve leniency".

"Indrani is an influential person in the society who can influence the witnesses who are yet to be examined and there is an apprehension that she may temper with the evidence as there is material," CBI had said and added that Indrani is not trustworthy and reliable hence her bail plea should be dismissed.

Stating further, CBI said, "The prosecution has strong apprehension that in case, she is released on bail, she may abscond which shall seriously hamper the ongoing trial of the case as the accused in British National."

The allegation that Sheena Bora was alive after April 2012 based on the SMS exchange between Sheena Bora and Rahul Mukherjea after 24 April 2012 is only the "figment of the imagination of the petitioner", the CBI had told the apex court.

"There is sufficient evidence available in the present case which proves the guilt of Indrani and other co-accused beyond the reasonable doubt," it had added.

Indrani, facing trials for the alleged killing of her daughter Sheena Bora, is currently lodged at the Byculla women's prison in Mumbai, following her arrest in August 2015.

Indrani had sent a letter (from the jail) to CBI stating that an inmate in the jail had spotted Sheena Bora in Kashmir and she is alive. She asked CBI to record a statement of a jail inmate who claimed to have met Sheena in Kashmir.

Indrani always maintained that Sheena was not murdered, and had gone abroad for her education in 2012, although Indrani could never prove her claims.

The CBI has been investigating the Sheena Bora case since 2015, after taking over the case from Mumbai Police. According to the case registered by Mumbai Police, Sheena Bora was kidnapped and murdered by strangulation in April 2012.

This case first came to light after the arrest of Indrani's driver, Shyamvar Rai in another case in August 2015.

During the investigation, he confessed to the killing of Sheena Bora in April 2012 and said that he dumped her body in the Raigad district of Maharashtra. He had also told Mumbai Police that Sheena's mother, Indrani and Sanjeev Khanna (ex-husband of Indrani) were also involved in this murder.

According to CBI's case before the court, Indrani killed Sheena Bora because she was furious over the relationship between Sheena Bora, whom she introduced as her sister to everyone, and Rahul Mukerjea, son of Peter Mukerjea (third husband of Indrani Mukerjea) from his first marriage.

As per CBI, she (Indrani) had killed Sheena Bora as the latter was threatening to expose her in public over the fact that she was not her sister, but her daughter. Driver Shyamvar Rai turned approver in this case.