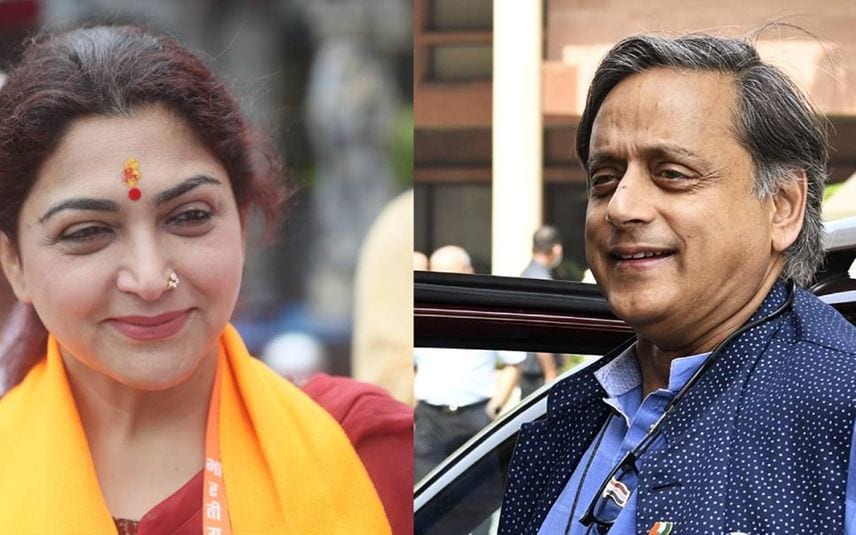 Congress MP Shashi Tharoor lauded BJP leader and actor Khushbu Sundar for expressing strong disapproval against the early release of convicts in Bilkis Bano case.
Tharoor tweeted that he is proud to see Khushbu, a BJP leader standing up for the “right thing, rather than the right wing.”

A tweet shared by Khushbu on Wednesday read: “A woman who is raped, assaulted, brutalised and her soul scarred for life must get justice. No man who has been involved in it should go free. If he does so, it's an insult to humankind and womanhood.” She added that Bilkis Bano or any woman needs support beyond politics and ideologies.

The opposition parties have been raising protests against the Gujarat government’s decision that granted remission for the 11 convicts in the case.

Deliberating on the issue that has led to huge debate on the issue of relief in such heinous cases, the court said the question is whether there was application of mind while considering the issue of remission and whether it was within the parameters of law.

Bilkis Bano was 21 years old and five months pregnant when she was gang-raped while fleeing the riots that broke out after the Godhra train burning in 2002. Her three-year-old daughter was among the seven killed.

They are safe, return delaying only because of due process: MoS on detained ...

TV channels must dedicate 30 minutes a day for content on themes of national ...