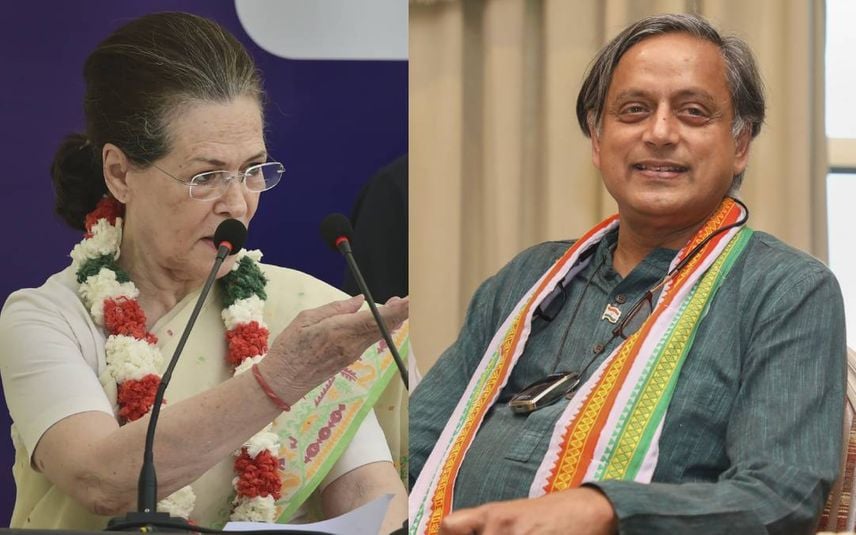 Kozhikode: Former union minister and MP from Thiruvananthapuram, Shashi Tharoor, is all set to file his nomination in the Congress presidential polls scheduled for October this year. Sonia Gandhi has reportedly given permission to the Kerala leader to try his luck in the organisational polls.

Tharoor had met acting president Sonia Gandhi on Monday evening. The meeting had triggered speculation that he would be discussing the poll matters with her. Tharoor is one of the ‘G-23’ leaders who have been demanding election to the party chief position. He had signalled his probable candidature in through his column on Mathrubhumi English earlier.

It is learnt that Sonia has told Tharoor that there would not be an 'official candidate' (of the High Command) for the post and let there be an election.

The move comes amidst various state PCCs passing resolutions seeking Rahul Gandhi's candidature in the polls. However, Sonia clarified that High Command has no role in such resolutions. Rahul is presently in Kerala as part of the Bharat Jodo Yatra. Shashi Tharoor was active in the yatra in the Thiruvananthapuram leg.

Sources said that it is highly likely that Shashi Tharoor would contest since Sonia has not objected to his candidature in the meeting.

Talking to mathrubhumi.com, Tharoor confirmed his meeting with Sonia. However, he refused to comment further about it. Tharoor said the meeting was 'friendly' and the decision on contesting the organisational poll will be revealed in three days.

The poll to find the next chief of Congress will be declared on September 22. Nominations can be filed from 24 to 30.

Magistrates, judge not above law; have to face consequences for dereliction ...

How a journalist helped to nab serial killer Charles Sobhraj

UP's Sania Mirza will be country's first Muslim woman to become a fighter ...