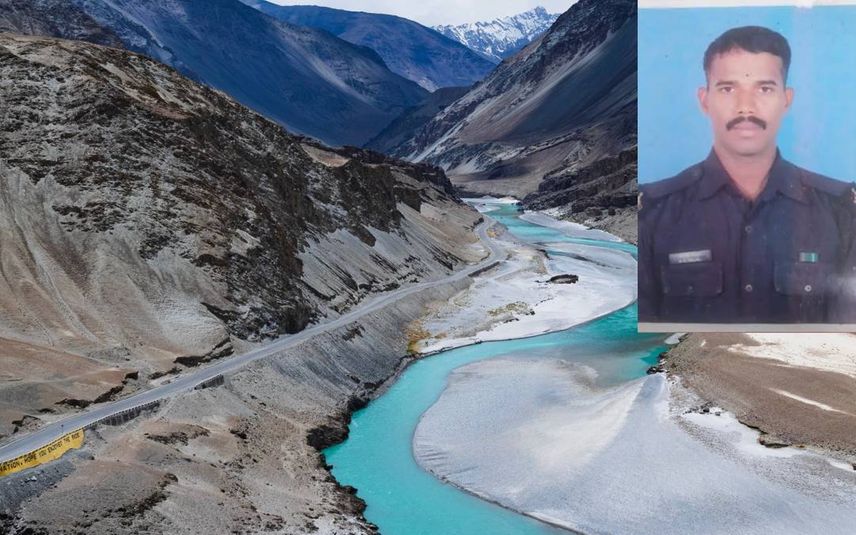 New Delhi: Seven Army soldiers, including a Malayalai, were killed and 19 others were injured in the Tuktuk sector of Ladakh on Friday when the vehicle they were travelling skidded off the road and fell into the Shyok river, Army officials said.

The accident took place at around 9 am at a place that is around 25 km from Thoise, they said. The deceased Keralite has been identified as Malappuram Nadammal native Muhammad Shaijal.

Officials said the vehicle they were travelling in skidded off the road and fell in the Shyok river.

As many as 26 soldiers were on their way from the transit camp in Partapur to a forward location in sub-sector Hanif.

"Seven individuals have been declared fatal so far. There are grievous injuries to others as well. Dedicated efforts are underway to ensure that the best medical care is provided to the injured," said an official.

The officials said the vehicle fell into the Shyok river to a depth of approximately 50 to 60 feet from the road.

"A party of 26 soldiers was moving from the transit camp in Partapur to a forward location in sub-sector Hanif. At around 9 am, 25km from Thoise, the vehicle skidded off the road and fell in Shyok river," the official cited above said.

All the injured were initially taken to the 403 Field Hospital at Partapur.

Hours later, all 19 injured personnel have been shifted to Chandimandir in the Panchkula district of Haryana.