In a major setback for Goswami, the Bombay High Court declined to entertain his interim bail plea and asked him to apply for regular bail before the trial court. 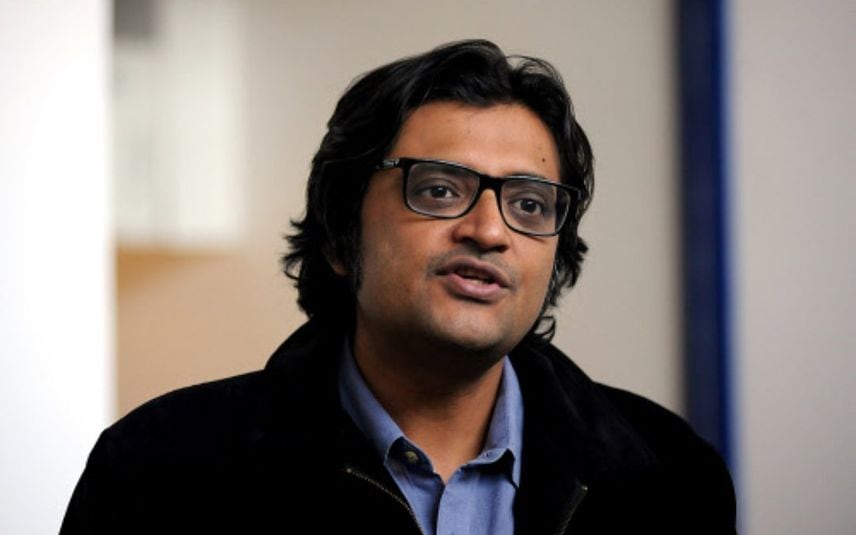 New Delhi: The Supreme Court on Wednesday granted interim bail to Republic TV editor Arnab Goswami in the abetment to suicide case that happened in 2018. Arnab Goswami had filed a plea in the top court challenging the Bombay High Court order that dismissed his petition for interim bail on Monday.

A special vacation bench comprising Justices D.Y. Chandrachud and Indira Banerjee took up the plea. In a major setback for Goswami, the Bombay High Court declined to entertain his interim bail plea and asked him to apply for regular bail before the trial court.

A division bench of Justice S.S. Shinde and Justice M.S. Karnik asked him to file for regular bail under Section 439 of the CrPC with the Alibaug court and directed that it should be decided on merits within four days, "without being influenced by observations" by the HC's observations.

The division bench also posted Goswami's writ petition - seeking quashing of the police FIR against him - for hearing on December 10, and declined to grant his plea to stay the investigations in the case at this stage.

Goswami's team has already filed its bail plea before the Alibaug court on Monday - a day after he was shifted from a school there to the Taloja Central Jail on November 8.

The Republic TV head was arrested on November 4 in connection with the double-suicide case of architect Anvay Naik and his mother Kumud Naik on May 5, 2018 for alleged non-payment of his dues by Goswami, and two other creditors, Feroze Shaikh and Nitesh Sarda.

Naik's widow Akshata Naik and their daughter Adnya Naik, have filed a separate plea seeking a reinvestigation into the case or transferring it to an independent agency for probe.

In a related development, Maharashtra Governor Bhagat Singh Koshyari had called up Home Minister Anil Deshmukh and expressed concerns over the security and health of Goswami.

Leader of Opposition Devendra Fadnavis urged the Bombay High Court "to take suo moto cognizance" of the way in which Maha Vikas Aghadi (MVA) government in Maharashtra has "treated Goswami during the entire process of arrest to handling under custody, as alleged by him".

No relief for Arnab yet, Bombay HC to hear matter on Saturday