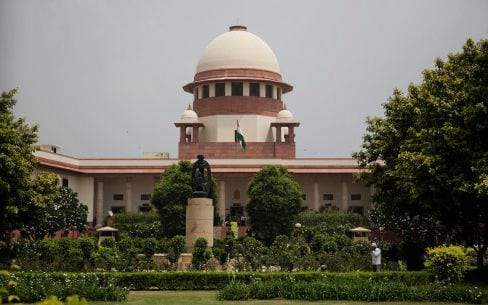 New Delhi: The Supreme Court on Wednesday ordered implementation of an enhanced pay scale for judicial officers across the country with retrospective effect from January 1, 2016 as recommended by the Second National Judicial Pay Commission, saying it is not going to wait "endlessly".

Observing that the revision of the pay structure should come into effect immediately as judicial officers are not covered under any pay commissions of the Centre or states, a bench headed by Chief Justice N V Ramana said the arrears will be paid in three instalments.

"We are not going to wait endlessly (for implementation of recommendations of the second national judicial pay panel)... and it is 6.5 years of delay. Since 2016 they have been waiting. As far as the pay scale is concerned, we are implementing," CJI Ramana said at the outset of the hearing.

Several states have been dragging their feet over implementation of the recommendations citing resource crunch.

"Revision of pay structure indicated in Table 1 shall be accepted and the same shall be implemented with effect from January 1, 2016. Arrears shall be computed by adjusting the interim relief and the balance of 25% be paid in cash within a period of 3 months and another 25% within another 3 months, and balance 50% to be paid in the first quarter of 2023," said the bench which also comprised justices Krishna Murari and Hima Kohli .

The top court was hearing a plea of ‘All India Judges Association' which has raised many issues including the review of service conditions of judicial officers.

Lawyer K Parameshwar, who is assisting the bench as an amicus curiae, said judicial officers were entitled to a revised pay scale as per the recommendations of the Second National Judicial Pay Commission and the denial of this on account of insufficient funds was "unjust".

The revision of salary of government servants, as a matter of fact, takes place in a time bound manner, the bench said, adding "Judicial officers are not covered by any Pay Commission constituted by states and the Centre and therefore there is an imperative need to revise pay structure immediately."

The second judicial pay panel was set up by the apex court in 2017 for reviewing the pay scale and other conditions of judicial officers in the country. PTI