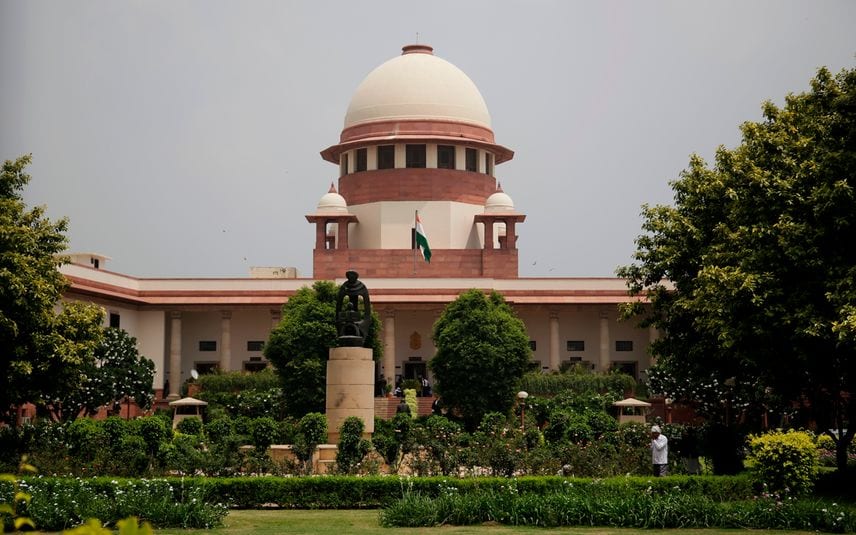 New Delhi: A Supreme Court bench, in a rare instance, has expressed displeasure in its judicial order over a new case listing mechanism introduced by Chief Justice U U Lalit for speedy disposal of matters pending for years.

A bench headed by Sanjay Kishan Kaul, the number three-judge in seniority at present in the apex court, while hearing a criminal case passed the order, "The new listing system is not giving an adequate time to take up matters fixed for hearing like the present case as there are number of matters within the span of ‘Afternoon' session".

The bench, which passed the order on September 13, listed the matter for hearing on November 15.

Under the new mechanism, the judges of the top court are working in two different shifts.

The new system stipulates that on Monday and Friday of every week, 30 judges are to sit in a combination of two and deal with over 60 miscellaneous matters of each bench, including the fresh PILs.

The new mechanism also stipulates that on Tuesday, Wednesday and Thursday, the judges will sit in a combination of three judges and would first (in morning session) take detailed hearing matters which are generally old cases pending for years till 1 pm.

In the post-lunch session (afternoon session), the judges will sit in a combination of two-judges and would start taking first the matters related to transfer petitions (related to transfer of cases from one jurisdiction to other) and then fresh matters, including PILs followed by 30 to 20 cases, which are after notice matters till 4 pm.

According to sources, the top court with the new system in place has managed to dispose of over 5,000 cases in total, since Justice Lalit took over as the Chief Justice on August 27.

In 13 working days of the top court since CJI Lalit was sworn in, it has disposed of over 3,500 miscellaneous matters, over 250 regular hearing matters and over 1,200 transfer petitions.

Earlier this week during a hearing of the matter, Justice D Y Chandrachud, who is next in line to become Chief Justice of India, said it has been decided that from next week there will be one consolidated list of after notice matters, which will run through the whole week for a bench.

The move is likely to reduce adjournments sought by lawyers who often claim that the matter was listed at the eleventh hour after remaining pending for months and years and therefore they could not prepare for the case.

Bhima Koregaon case: SC allows Gautam Navlakha to be placed under house arrest for a month

Himachal Assembly polls: Political fate of 412 candidates to be sealed ...