The bench also comprising justices A S Bopanna and V Ramasubramanian, "We acknowledge the right of farmers to protest but it has to be non-violent." 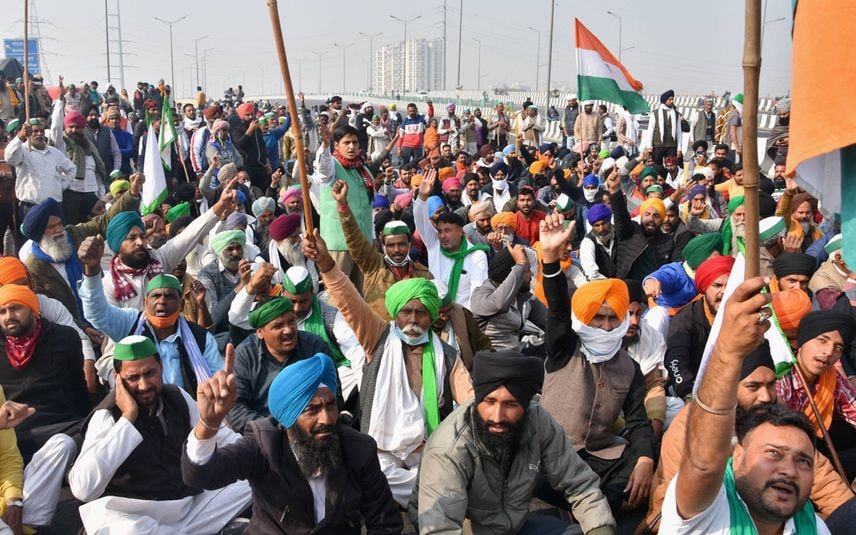 New Delhi: The Supreme Court on Thursday acknowledged the right of farmers to non-violent protests, and said it was thinking of setting up an "impartial and independent" panel of agriculture experts and farmer unions to resolve the impasse over three contentious farm laws.

A bench headed by Chief Justice S A Bobde said it would set up the committee which may include experts like P Sainath and representatives of the government and farmers' bodies to look for the resolution of the deadlock over the statutes.

The bench also comprising justices A S Bopanna and V Ramasubramanian, "We acknowledge the right of farmers to protest but it has to be non-violent."

In a hearing conducted via video conferencing, the top court said the purpose of staging protest can be achieved if the farmers and the government will hold talks and "we wish to facilitate that".

"We will not decide the validity of law today. The only thing which we will decide is the issue of protest and the right to move freely," the bench made clear at the outset of the hearing which is still going on.

It is hearing a clutch of petitions seeking removal of farmers protesting at several roads along Delhi's borders.