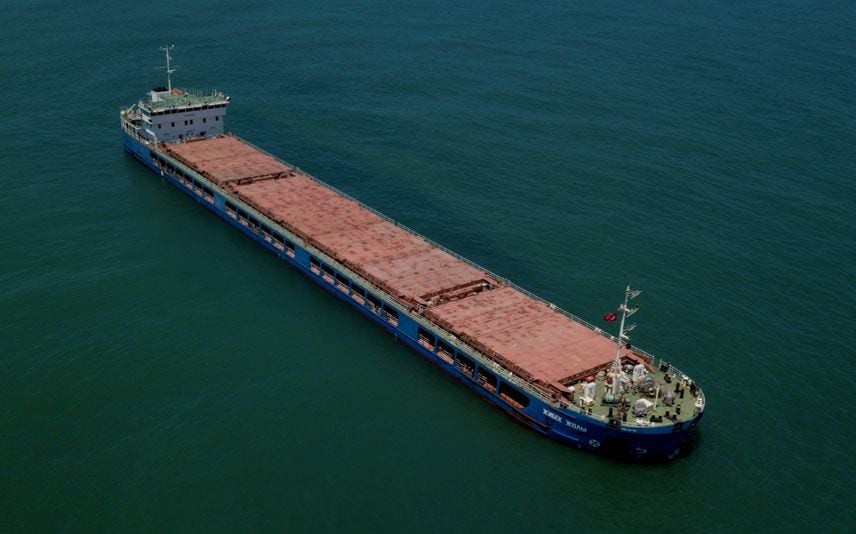 New Delhi: The Russian Embassy in India has said it is aware of the Russian cargo ship detention "in the Indian port of Cochin," on board of which a military cargo for the Indian Armed Forces was delivered.

It said that according to the preliminary information, these actions are connected with the claim of the Estonian shore service company Bunker Partner OU, which claimed that the owners of the ship allegedly had a debt.

"The Embassy has sent to the Ministry of External Affairs of India an official request for explanation of the circumstances of the incident. We have also asked the Ministry to ensure unconditional observance of the rights of the Russian shipowners and crew," the Russian Embassy said.

The Embassy said the Russian Consulate General in Chennai is directly in control of this situation.

"We would like to underline that the court allowed the unloading of cargo, since it has nothing to do with the lawsuit," the Embassy said.

Cochin Port Trust authorities have "seized" a Russian ship MV MAIA-I for non-payment of fuel charges to an Estonian company of around Rs 1.87 crore after the Kerala High Court issued an order to arrest it for the same.

The Single Bench of Justice Sathish Ninan issued an order on Monday to the deputy conservator of Cochin Port Trust to execute the arrest warrant and "effect the arrest, seizure, and detention of the ship" after considering an admiralty suit filed by TX Harry, who is the power of attorney holder of Bunker Partner OU based at Tallin in Estonia.

The petition alleged that "the claim for payment is for the value of bunkers supplied by the Estonian company to the Russian ship".

"Bunkering is the supply of fuel for use by ships and includes the logistics of loading and distributing the fuel among available shipboard tanks."

The court noted that the ship is presently laying at Cochin Port Trust within the territorial waters of the Court.

The ship was carrying arms for the Indian Navy in Kochi. After issuing an order for arrest, the court allowed it to be unloaded.

"The ship should be detained until the amount due to the petitioner is deposited or until the ship owner furnishes security for the amount to the satisfaction of the court," the order said.

India develops herd immunity; BF.7 variant may not be as serious as in ...

Covid cases rising in many countries, be vigilant: PM Modi to people

Centre asks states to hold mock drills at health facilities in view of ...

Kozhikode: Two youth were killed in a road ...