"The facilities include audio facility in the galleries, ultraviolet germicidal irradiation, special cables connecting two Houses of Parliament for the transmission of audio-visual signals and polycarbonate sheets separating Official Gallery from the chamber of the House," the sources said. 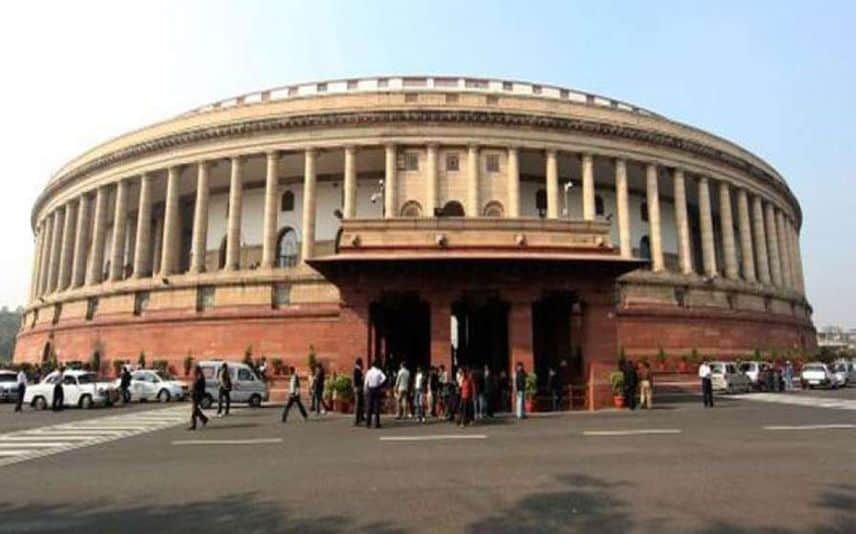 New Delhi: Officials of the Rajya Sabha Secretariat are busy putting up special facilities for the upcoming Monsoon Session of Parliament amid the coronavirus pandemic in the country.

Vice-President M Venkaiah Naidu, who is the Chairman of the Upper House, has directed the officials concerned to ensure preparations for the session are in place by the third week of this month.

The Rajya Sabha Secretariat officials said that the work is going on at a fast pace to ensure additional facilities, including putting up of four large display screens in the the Rajya Sabha chamber apart from six small screens in 4 galleries.

"The facilities include audio facility in the galleries, ultraviolet germicidal irradiation, special cables connecting two Houses of Parliament for the transmission of audio-visual signals and polycarbonate sheets separating Official Gallery from the chamber of the House," the sources said.

The preparations come in wake of meeting on July 17 between Naidu and Lok Sabha Speaker Om Birla, wherein detailed discussions on the options to hold the Monsoon Session were held.

It was decided to use chambers and galleries of both Houses to enable holding of the session under the prevailing COVID-19 restrictions, the Rajya Sabha Secretariat said.

It would be the first-of-its-kind session in accordance with social distancing norms due to the coronavirus situation.

The Monsoon Session of Parliament was delayed due to Covid-19 pandemic. Rules demand the convening of Parliament's sessions every six months, which is due in September.

As per the detailed arrangements, the Rajya Sabha chamber and galleries and the Lok Sabha chamber will be used to seat members of the two Houses during the session.

As per the seating arrangement, 60 members will sit in the chamber and 51 in the galleries of the Rajya Sabha while observing the social distancing norm. The remaining 132 will be seated in the Lok Sabha chamber where the front row may be kept vacant.

In the Upper House chamber, seats will be earmarked for the Prime Minister, Leader of the House, Leader of the Opposition, and leaders of other parties.

Former Prime Ministers Manmohan Singh and HD Deve Gowda and some Ministers have seats earmarked for them in the Upper House chamber. Other Ministers will be seated in the seats meant for the ruling party.

Special cables connecting the two Houses will transmit audio-visual signals of the proceedings both ways without any time lag to enable real-time participation of members seated in the two Houses of Parliament.

Those seated in Officials' Gallery and Press Gallery will also have to adhere to social distancing norm, with each accommodating 15 persons.