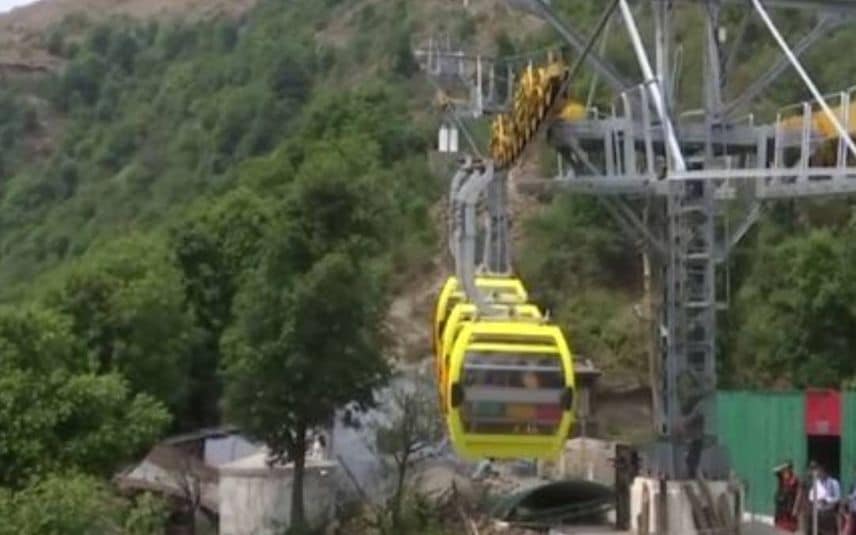 Dehradun: Over 40 devotees including BJP MLA Kishore Upadhayay remained suspended in the air for nearly an hour on Sunday when a ropeway connecting Surkanda Devi temple near Mussoorie got stuck midway due to a technical snag.

Upadhayay said the incident occurred when they were returning from the temple by the ropeway.

The devotees had a sigh of relief as they got down from the ropeway trolley after nearly an hour of being suspended in the air, he said.

Ropeway operation to the famous temple has been resumed, Upadhyay said but suggested that it should be properly examined so that the lives of devotees are not risked.

Ropeway service to the temple situated in Tehri district began in May this year.

It is the first important ropeway project started by the state tourism department after the creation of Uttarakhand. The 502-metre long ropeway was built at a cost of Rs 5 crore and operates between Kaddukhal and Sukanda Devi temple.

Notably, in a more serious incident last month in Himachal Pradesh, 11 people, including five women, were stranded for hours after a cable car was stuck mid-air at Parwanoo Timber Trail in Solan district. All of them were rescued after a six-hour-long operation.

Nearly two months ago, 15 tourists were also trapped mid-air on a ropeway at Trikut hills in Jharkhand's Deoghar district for around 40 hours. Twelve of them were rescued by Indian Air Force helicopters, while three people had died in the incident that took place on April 11. PTI

15 feared dead after bus falls into gorge in Uttarakhand