Right to wear hijab does not fall under Article 25 of Constitution: Karnataka govt in HC 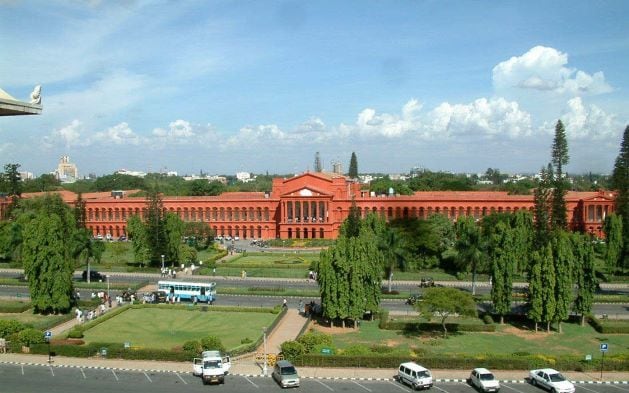 Bengaluru: The Karnataka government on Tuesday told the High Court that there is no restriction on wearing Hijab in India with reasonable restrictions subject to institutional discipline.

Countering the petitioner Muslim girls from Udupi district, who challenged the restriction on Hijab inside the educational institutions, Karnataka Advocate General Prabhuling Navadgi said the right to wear the headscarf falls under the category of 19(1)(A) and not Article 25 as has been argued by the petitioners.

Navadgi further said the institutional restriction in the present case is only inside the educational institutions and not anywhere else.

Arguing further, he said the independent claim of 19(1)(A) cannot go together with Article 25.

"The consequence of the demand to declare Hijab as an essential religious practice is huge because there is an element of compulsion or else you will be expelled from the community," Navadgi told the court.

Article 19(1)(A) is related to the freedom of expression of the Indian constitution.

The Article 19(2) says that nothing in sub clause (a) of clause ( 1 ) shall affect the operation of any existing law, or prevent the State from making any law, in so far as such law imposes reasonable restrictions on the exercise of the right conferred by the said sub clause in the interests of the sovereignty and integrity of India, the security of the State, friendly relations with foreign States, public order, decency or morality or in relation to contempt of court, defamation or incitement to an offence.

On January one, six girl students of a college in Udupi attended a press conference held by the Campus Front of India (CFI) in the coastal town protesting against the college authorities denying them entry into classrooms wearing hijab.

This was four days after they requested the principal permission to wear hijab in classes which was not allowed. Till then, students used to wear the headscarf to the campus, but entered the classroom after removing it, college principal Rudre Gowda had said.

"The institution did not have any rule on hijab-wearing as such and since no one used to wear it to the classroom in the last 35 years. The students who came with the demand had the backing of outside forces," Gowda had said. PTI