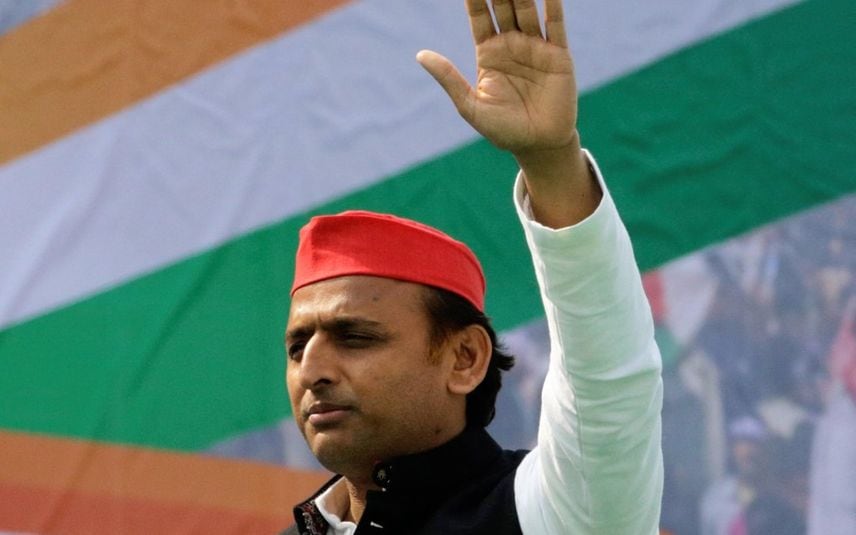 Lucknow (Uttar Pradesh): In an open letter addressed to the public, Samajwadi Party (SP) chief Akhilesh Yadav on Wednesday slammed the Uttar Pradesh government over a range of issues, terming the current phase as "half income, double inflation", adding that the present government has only brought "difficulties and troubles".

"Apart from the poor and oppressed, the skilled and unskilled workers, unemployed youths, people who have been sacked from their job due to the dire state of the economy, businessmen, industrialists and farmers have also been suffering due to the current phase of "half income, double inflation". Actually, since the present government came into power, it has only brought difficulties and troubles," reads the letter written in Hindi by the SP chief.

Uttar Pradesh former chief minister posted the letter on Twitter on the occasion of Republic Day on Wednesday.

Yadav urged people to pledge on Republic Day to "save the constitution which led to the formation of this great republic."

"To bring the positive change, let's move forward with the positive, progressive and practical politics that does not favour only a sect of people but takes everyone together," Yadav said.

Reiterating the promise made by Samajwadi Party during the ongoing election campaigning for upcoming assembly polls in Uttar Pradesh, Yadav urged the people to elect his government and help them in making a "new UP".

"We take a pledge to fulfill promises like 300 units of free electricity per household, free irrigation, MSP for all crops, guaranteed payment to sugarcane farmers within 15 days, interest-free loans, insurance, pension, Samajwadi pension of Rs 18,000 per year, laptop distribution to talented youths, 22 lakh new jobs in IT sector, filling up lakhs of vacant government jobs, restoring the pension scheme and caste census," the letter read.

Made honest efforts in 8 years to build India of dream of Mahatma Gandhi, ...