Our goal should be to graduate from women development to women-led development: President 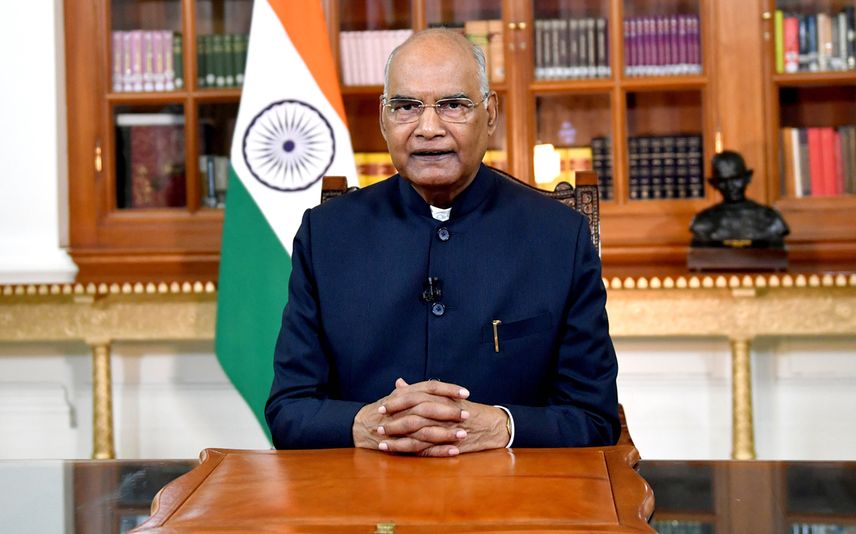 New Delhi: As a country our goal should be to graduate from women development to women-led development, President Ram Nath Kovind said on Saturday while stressing on the need to increase the number of women in legal services institutions.

Speaking at the launch of six-week-long 'The Pan India Legal Awareness and Outreach Campaign' of the National Legal Services Authority (NALSA), Kovind said the legal services authority should make special efforts to help the marginalised section of society.

"As a country our goal should be to graduate from women development to women-led development. Therefore, increasing the number of women in legal services institutions is as important as reaching out to the largest possible number of women beneficiaries," Kovind said.

Talking about Mahatma Gandhi, Kovind said that he did a lot of pro bono work to help the poor and indentured labourers looked up to him to help them in courts.

He said that senior advocates should earmark a certain part of their time for pro bono services to people from weaker sections.

Union Law Minister Kiren Rijiju said NALSA has been performing an exemplary role in bringing justice delivery to the doorsteps of people.

"NALSA and state legal authorities have developed a robust system of legal aid delivery and empowerment right at grassroots level that each individual can be proud of. NALSA has been playing an exemplary role in justice delivery of the system by creating legal awareness," he said.

He said the government under the leadership of Prime Minister Narendra Modi has focussed on access to justice and also ease of living which is access to business.

Chief Justice N V Ramana said since May this year, the Collegium has recommended more than 106 judges to High courts and 9 chief justices to various High Courts.

"The government has cleared some and the Law Minister has informed me that the rest of it is going to come in one or two days' time. I thank the central government for clearing these vacancies and quick access to justice," the CJI said.

The CJI said that for a healthy democracy a vibrant judiciary is essential.

Speaking about the impact of the coronavirus pandemic, the CJI said COVID-19 has created many problems in many institutions including the judiciary where thousands of cases have accumulated in different forums, apart from large vacancies and non-working of courts and lack of virtual conferencing facilities in rural areas.

Supreme Court judges Justices U U Lalit, A M Khanwilkar and D Y Chandrachud also spoke on the occasion.

Besides them, several apex court judges, Attorney General K K Venugopal was also present among others on the occasion. PTI