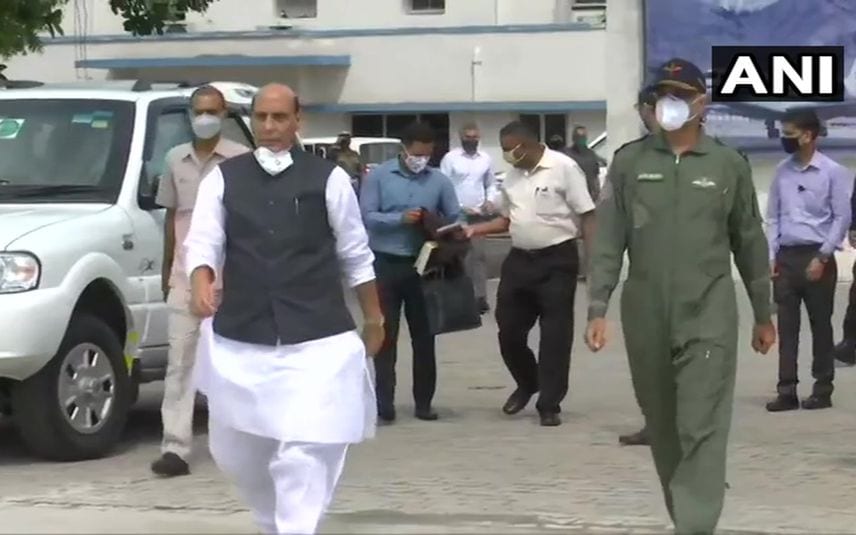 New Delhi: Defence Minister Rajnath Singh on Monday left for a three-day visit to Russia during which he will hold talks with top Russian military brass and attend a grand military parade in Moscow to mark the 75th anniversary of the Soviet victory over Germany in the Second World War.

It is the first visit abroad by a senior union minister in four months as foreign travels were restricted in view of the coronavirus pandemic.

The last foreign trip abroad by a senior member of the union cabinet was by Finance Minister Nirmala Sitharaman when she visited Riyadh from Feb 22-24 to attend a meeting of G-20 finance ministers. Days before Sitharaman's trip, External Affairs Minister S Jaishankar visited Germany from February 18 to 19.

The defence minister's visit to Russia comes in the midst of an escalating border standoff between India and China, particularly after the killing of 20 Indian Army personnel by Chinese troops in eastern Ladakh's Galwan Valley on June 15.

"Leaving for Moscow on a three day visit. The visit to Russia will give me an opportunity to hold talks on ways to further deepen the India-Russia defence and strategic partnership. I shall also be attending the 75th Victory Day Parade in Moscow," Singh tweeted before leaving for Moscow.

Officials said Singh went ahead with the visit, notwithstanding the border row with China, due to India's decades-old military ties with Russia.

They said the defence minister is likely to hold a series of meetings with top military brass of Russia with a focus on further ramping up military cooperation between the two countries.

"The Indian participation in the Victory Day parade will be a mark of tribute to the great sacrifices made by Russia and other nations in the Second World War in which Indian soldiers also participated and made supreme sacrifice," it said. PTI

Cannes: The Indian pavilion at the 2022 Cannes Film Festival will be inaugurated on Wednesday with a video message by Prime Minister Narendra Modi.At the ..

Washington: India intends to deploy the S-400 missile defence system that it has received from Russia to defend itself against threat from Pakistan and ..