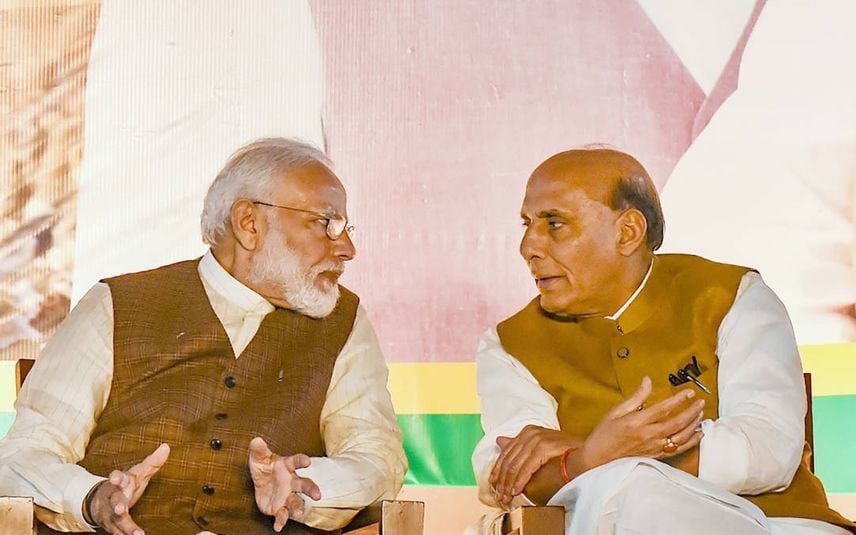 The Chinese army too faced casualties though the exact figures are yet to be ascertained.

Singh met Modi after he held a meeting with External Affairs Minister, S. Jaishankar, Chief of Defence Staff, General Bipin Rawat, and the three service chiefs in the South Block here to review the current situation following the violent stand-off in the Galwan Valley amid the de-escalation operation.

These are the first casualties faced by the Indian Army in clash with the People's Liberation Army since 1975, when an Indian patrol was ambushed by Chinese troops in Arunachal Pradesh.

Singh has asked the service chiefs to explain the current situation in the Galwan Valley in Eastern Ladakh and also what course of action should be taken from hereafter diplomatically.

Indian Army Chief General Manoj Mukund Naravane was to visit Kashmir on Tuesday morning but following the developments on Monday night at Line of Actual Control, it was cancelled.

Sources in Indian Army stated: "The Defence Minister reviewed the current operational situation in Eastern Ladakh, consequent to Monday's violent face-off on the Line of Actual Control along with the Chief of Defence Staff and the three service chiefs. The External Affairs Minister was also present during the meeting."

Three Indian Army men, including an officer, were killed on Monday night during a violent face-off with Chinese People's Liberation Army troops in Galwan Valley in Eastern Ladakh.

An Indian Army Colonel, the Commanding Officer of an infantry battalion, and two soldiers were killed, the Indian Army said, pointing out that no shots were fired during the violent clash.

Indian Army in a fresh statement also said that during the de-escalation process presently underway in the Galwan Valley, the violent face-off took place on Monday night with "casualties on both sides".

Senior military officials of the two sides are currently meeting to defuse the situation. A Major General level meeting between the two sides is going on after China requested to hold the meeting early in the morning.

On Monday, Brigade Commander and company level talks happened in Eastern Ladakh between India and China. The talks were happening near patrolling point 14 near the mouth of Galwan Valley and patrolling point 17 at the Hot Spring Area.