Priyanka hugged the victim's mother and said that "Congress is with you in this hour of crisis". They met the family for about 15 minutes. 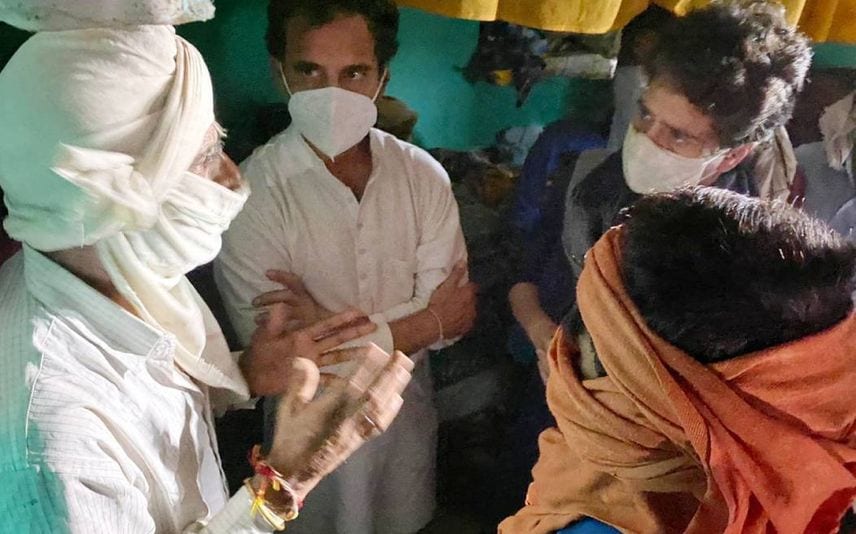 Hathras: Politics is on the boil over the Hathras gangrape incident in Uttar Pradesh as Congress leader Rahul Gandhi arrived in Hathras with Priyanka Gandhi Vadra to meet the victim's family on Saturday.

Priyanka hugged the victim's mother and said that "Congress is with you in this hour of crisis". They met the family for about 15 minutes.

As with the DGP and Additional Chief Secretary's meeting with the family, the district administration had arranged to sit on a mat on the floor however Rahul Gandhi took the deceased's father and brothers to a separate room and locked it as media personnel were thrown out.

The Uttar Pradesh government has pulled up several police officials including the SP in the case amid efforts to resolve the matter.

Both top officials gave full assurance of justice to the bereaved family. After meeting the family, the two officials said that they have taken cognisance of the complaints in their talks with the family and assured them that strict action will be taken against the guilty.