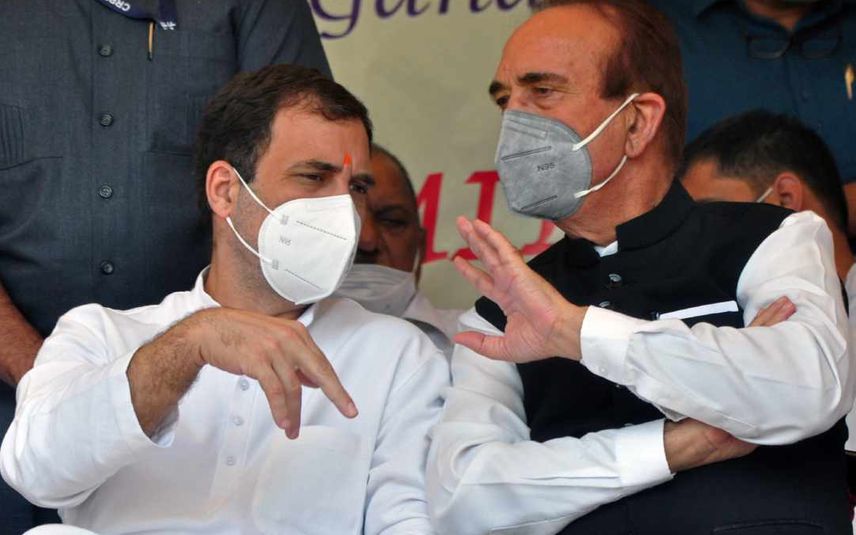 Recounting his long association with the Congress and his close relationship with Indira Gandhi, Azad said the situation in the Congress party has reached a point of "no return."

Hitting out at Rahul Gandhi, Azad wrote, "Since the 2019 elections the situation in the party has only worsened. After. Rahul Gandhi stepped down in a 'huff' and not before insulting all the senior Party functionaries who have given their lives to the party in a meeting of the extended Working Committee, you took over as interim President. A position that you have continue to hold even today for the past three years."

Azad said that it was "worse still the 'remote control model' that demolished the institutional integrity of the UPA government now got applied to the Indian National Congress."

He continued the attack on Rahul Gandhi but praised Sonia Gandhi for playing "sterling" role as Congress President in both the UPA governments.

Asad's resignation comes ahead of the 2024 elections and after indications that elections to the post of Congress chief would be postponed yet again. Congress top leadership has announced a 'Bharat Jodo Yatra'.

In his letter Azad said "While undoubtedly as the President of the Indian National Congress you played a sterling role in the formation of both the UPA -1 and UPA-2 governments. However, one of the major reasons for this success was that as President you heeded the wise counsel of senior leaders, besides trusting their judgement and delegating powers to them. However unfortunately after the entry of Shri Rahul Gandhi into politics and particularly after January, 2013 when he was appointed as Vice President by you, the entire Consultative mechanism which existed earlier was demolished by him."

Azad further alleged that all senior and experienced leaders were sidelined by Rahul Gandhi.

"All senior and experienced leaders were sidelined and new coterie of inexperienced sycophants started running the affairs of the Party. One of the most glaring examples of this immaturity was the tearing up of a government ordinance in the full glare of the media by Shri Rahul Gandhi. The said ordinance was incubated in the Congress Core Group and subsequently unanimously approved by the Union Cabinet presided over by the Prime Minister of India and duly approved even by the President of India. This 'childish' behaviour completely subverted the authority of the Prime Minister and Government of India. This one single action more than anything else contributed significantly to the defeat of the UPA Government in 2014 that was at the receiving end of a campaign of calumny and insinuation from a combination of the forces of the right-wing and certain unscrupulous corporate interests," the Azad wrote.

Ghulam Nabi Azad is one of the group of 23 leaders who were vocal about a leadership change in the Congress and not being dependent on the Gandhi family for every major decision of the Congress party.

Earlier on Wednesday, lawyer-turned-politician Jaiveer Shergill, resigned as Congress spokesperson stating that the decision-making of the grand-old party is not in consonance with the ground reality and public interest rather it is influenced by sycophancy.

Among the prominent Congress leaders who have left the party are Jyotiraditiya Scindia, who is now a Union minister and Jitin Prasada.