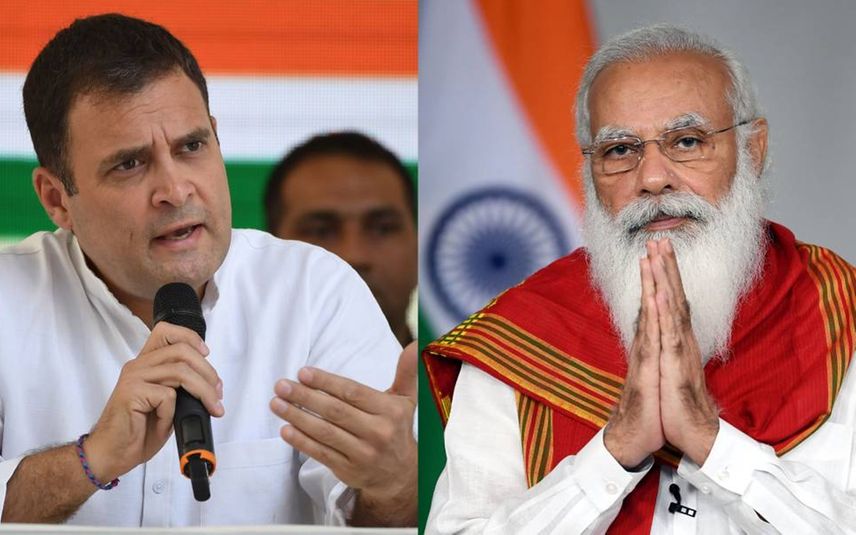 New Delhi:Former Congress president Rahul Gandhi has written to Prime Minister Narendra Modi, urging him to help address the concerns of those affected by the Supreme Court order on maintenance of Eco-Sensitive Zones (ESZ) around national parks and wildlife sanctuaries.

The Wayanad MP, sharing his letter to the prime minister on his social media pages, said he has drawn his attention to the plight of the local communities of Kerala's Wayanad whose livelihoods will be adversely affected by the recent Supreme Court order.

"The state and the union governments can help by requesting dilution of a minimum width of an ESZ to the Central Empowered Committee (CEC) and the Ministry of Environment, Forest and Climate Change (MoEF&CC). The Supreme Court judgment considers recommendations made by the CEC and the MoEF&CC," he said in his Facebook post.

In his letter to the prime minister, Gandhi said he has also sent a missive to the Kerala chief minister on the issue.

"I request the Union government to address these concerns in the larger public interest and reiterate our shared commitment to balancing conservation goals with our people's legitimate developmental needs," Gandhi said in the letter to Modi.

Recalling the recent judgement of the Supreme Court in the T N Godavarman Thirumulpad versus Union of India and others case, Gandhi said it mandates maintenance of an Eco-Sensitive Zone ( ESZ ) of one km around national parks and wildlife sanctuaries which has led to widespread protests around Wayanad parliamentary constituency.

"Local communities, still reeling under the impact of the Covid pandemic, have expressed grave concerns regarding the implications of this judgment on their lives and livelihoods.

"The Guidelines for Declaration of Eco-Sensitive Zones around National Parks and Wildlife Sanctuaries dated February 9, 2011, as well as the above mentioned judgement prohibit certain activities in the ESZ. The ESZ Guidelines also regulate several activities, including, the change of agriculture systems, protection of hill slopes, and erection of electrical cables," he said.

The judgement, he noted, states that no permanent structure shall be permitted to come up for whatsoever purpose within the ESZ.

"As one of the most densely populated regions in the Western Ghats, such restrictions hamper the ability of local communities to improve their standard of living.

"The judgement provides for the dilution of the minimum width of the ESZ in 'overwhelming' public interest and allows the State government to approach the Central Empowered Committee and the Ministry of Environment, Forest and Climate Change regarding the same, and states that the recommendations of the CEC and MoEF & CC would be considered by the Supreme Court," Gandhi said in his letter seeking PM's intervention. PTI