Navjot Singh Sidhu has `no brains' and is incompetent, says Amarinder Singh 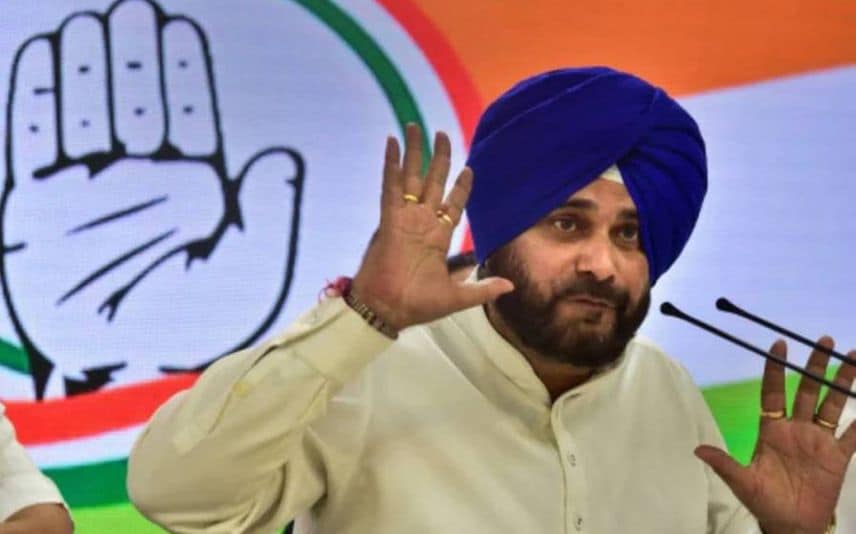 Chandigarh: Former Punjab Chief Minister Amarinder Singh on Sunday claimed that the state Congress chief Navjot Singh Sidhu has "no brains" and he had advised party president Sonia Gandhi five years ago not to induct "this incompetent man" in the party.

In a candid revelation, the former Chief Minister also said despite getting inputs of the involvement of present CM Charanjit Singh Channi and some other Congress leaders in illegal sand mining in the state, he did not act against them out of his "sense of loyalty to the party" and also because he did not get a "go-ahead" from Sonia Gandhi.

In an apparent bare-it-all mood while talking to reporters after announcing the first list of his party's Punjab Lok Congress candidates from 22 constituencies, Amarinder Singh also said he did not act against Mr Channi in a #MeToo case as the woman IAS officer did not pursue her complaint.

Asked if he had said he would will fight against Sidhu, the 79-year-old scion of the erstwhile Patiala royal family, said, "I had said we will not allow him to win. Because he is a totally incompetent man".

"When the Congress chief had told me (over five years ago) to check how Sidhu was, I had said this man is absolutely unfit to be a member of the Congress party. Yet they went ahead and inducted him," he said.

At loggerheads with Sidhu, who had joined the Congress ahead of the 2017 Punjab assembly polls, Amarinder Singh was made to resign last September as the chief minister.

"From day one, I have said the man has no brains. He is just a waste of time. I had said all this to the Congress president when she had asked me how will he suit us (the party)," Amarinder Singh continued.

He recalled how Sindhu once told him in Delhi that he does meditation daily for six hours and he wondered if he was a stable person.

"He told me that he does meditation daily for six hours and talks to God for one hour. When I curiously asked what does he talk to God, he replied 'just the way we talk'," said Mr Singh, adding he had told Sonia Gandhi later that Sidhu did not seem to be a stable person.

"Sidhu was the only minister I dropped because he was totally incompetent. He did not clear and handle his files," he continued.PTI