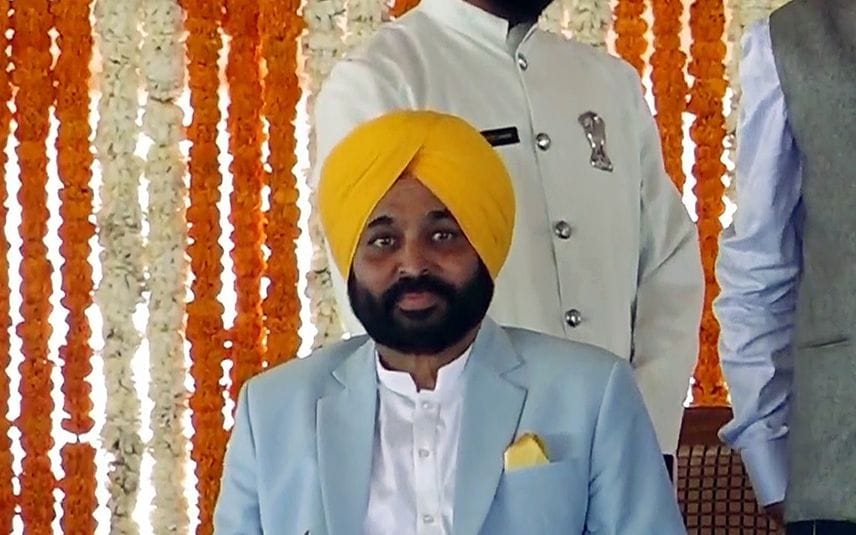 Chandigarh: Punjab governor has sought details of the legislative business to be taken up in the proposed assembly session on Tuesday, evoking a strong reaction from Chief Minister Bhagwant Mann, in what seems to be another confrontation between the Raj Bhavan and the AAP government.

The fresh development comes after governor Banwari Lal Purohit had stopped the Mann-led regime's plan to summon a special assembly session on September 22 to bring a "confidence motion only".

However, governor's fresh move evoked a strong response from the chief minister, who said, "it's too much".

"Next Gov will ask all speeches also to be approved by him. Its too much," Mann said in a tweet.

Earlier on Thursday, Mann had said issues like stubble burning and electricity will be discussed in the September 27 session, likely to last a day.

"Whether it's inflation or the 'Fabulous Lives of Bollywood Wives' - legislative business is exclusive domain of Business Advisory Committee & Speaker, not of Governor," Chadha tweeted.

"The Governor of Punjab is thoroughly eroding people's faith in his office, one communication at a time," Chadha further said.

Punjab Governor Banwarilal Purohit on Friday sought details of the legislative business to be taken up in the proposed session on September 27.

With the Governor's fresh move, it led to suspense over the fate of Tuesday's proposed session.

According to a letter from Punjab Governor's Principal Secretary to the Secretary Vidhan Sabha, "Hon'ble Governor, Punjab, desires to know the details of the legislative business to be taken up in the proposed 3rd session of 16th Punjab Vidhan Sabha on 27.9.2022".

"Above clarification may be provided at the earliest for the information of Hon'ble Governor, Punjab," the letter said.

After earlier being stopped by the Governor from holding a special sitting of the Assembly on September 22 to seek a confidence vote only, Punjab's AAP government had on Thursday decided to summon a session on September 27 and also said it will also approach the Supreme Court over the Raj Bhavan move.

The Punjab Cabinet had approved the recommendation to be sent to the governor for summoning the session of the House under Article 174 (1) of the Constitution of India.

Aam Aadmi Party MLAs had taken out a protest march here Thursday over the cancellation of the special session that was earlier scheduled for September 22.

While it's speculated that the state government could also bring a motion in the Tuesday's session to "prove" that it enjoys a majority in the House, despite the alleged attempts by the BJP to "poach" AAP MLAs, Finance Minister Harpal Singh Cheema when asked about it on Thursday, had evaded a direct reply but said the business advisory committee of the House will decide which business is to be taken up on that day.

The AAP government had earlier sought the special session on September 22 to bring a confidence motion, days after it accused the BJP of trying to topple its government.

The party had recently claimed that at least 10 of its MLAs were approached by the BJP with an offer of Rs 25 crore to each of them in a bid to topple the six-month-old government under its 'Operation Lotus.'