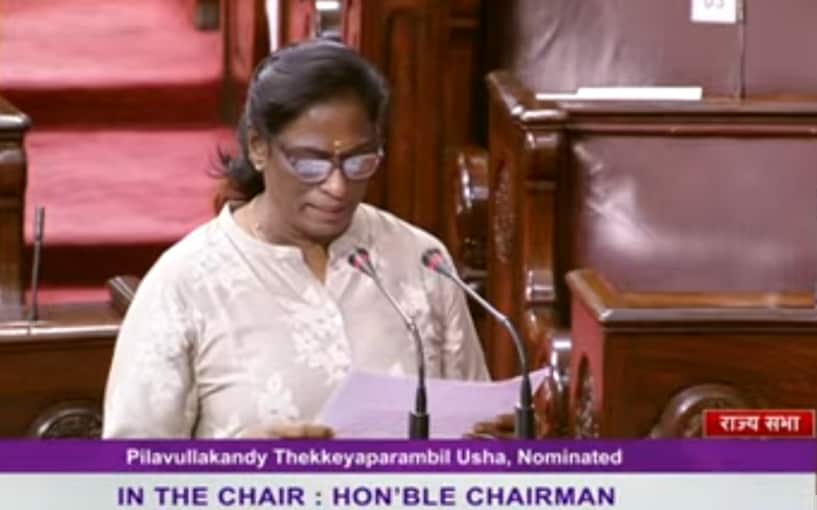 PT Usha and legendary music composer Ilaiyaraaja could not be present in the Rajya Sabha on Monday for oath-taking due to some reasons.

Born in a small village in Kozhikode district in Kerala, PT Usha is one of India's most iconic sportspersons.

PT Usha has been a role model and inspiration for lakhs of young girls across the country who have dreamt of taking up a career in sports, especially track and field events.

In the 1984 Olympics, she missed winning India's first medal in track and field in a photo-finish as she stood fourth in women's 400M hurdles and lost the Bronze medal by 1/100 second.