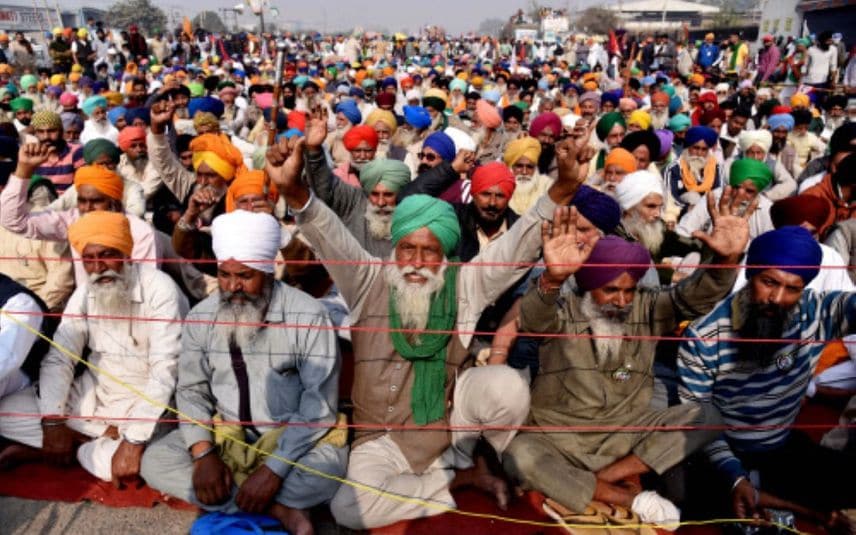 New Delhi: After spending over a year agitating against the three farm laws at three Delhi border points, many farmers became nostalgic as Samkyukta Kisan Morcha announced that thousands of protestors would start vacating the protest sites from December 11.

Amrik Singh, aged around 65, from Patiala said he felt at home in his tent at Singhu border and thought of the possibility of leaving it with a heavy heart.

"I don't feel like leaving it all behind and all those memories of struggle, moments of joy and friendships we have formed," he said.

"It often occurs to me that I should rent a house here if the protest ends," Singh added in a lighter vein.

Riding hundreds of tractors and other vehicles, farmers from Punjab, Haryana and Uttar Pradesh in the last week of November 2020 moved towards Delhi demanding repeal of three farm laws of the Narendra Modi government.

Since November 26 last year, the farmers have laid siege at highways at Delhi's border points at Singhi, Ghazipur and Tikari setting up makeshift accomodation and arrangements of daily life.

Saudagar Singh, a middle-aged farmer from Ludhiana, reminisced his struggles during the yearlong protests, narrating the bonds he forged and how many new friends he found at the protest site.

"We thought the government will not listen to us and we will have to stay here. But finally we won and farm laws are gone. Now it's time to go home and we are feeling awkward now," he said.

Preparing to go home, many farmer protesters said that they will dispose of items of daily use and back carrying their personal belongings and vehicles.

"There is not much to take back home. Most of it will be given to local people many of whom are regular visitors for us," Saudagar Singh said.

With the Centre repealing the three farm laws and accepting most of their demands, many protesters felt it was time to end the stir and go back home.

Most felt their experience of protest at Singhu Border will be a lifelong memory and they will miss the place.

"We have demanded a memorial for our farmer brothers who died during the protest. Once the memorial comes up here, we will visit this place again and again," said another protester Harkeerat at Singhu border.

The farmer unions claim over 700 farmers died at different places during the year long agitation against farm laws.

The leaders of Samyukt Kisan Morcha (SKM) were holding a meeting at Singhi border to consider the Centre's written assurance to their other demands including withdrawal of police cases and compensation to kin of farmers died during the protests, before taking a call to end their stir.

There were many protesters who were ready to stay at protest venue for many more days to come if their leaders wished so.

"We have all the arrangements here. Also, we take turns to visit our home and come back again to join the protest. If needed, we can stay year for months and years," said Kamalapati Baghi from Ayodhya.

A young protester Balpreet Singh from Fathegarh Sahib said the protest might end but the struggles over pending issues of farmers will continue.

"We gave them(Centre) an example of our resolve and hope they will listen to us more seriously now and meet our other demands including leagal guarantee of MSP of crops," he said.

The SKM, an umbrella body of 40 farm unions, on Thursday decided to suspend the farmers' movement and announced that farmers will go back home on December 11 from the protest sites on Delhi's borders.

Farmer leaders said that they will again meet on January 15 to see if the government has fulfilled their demands. (PTI)