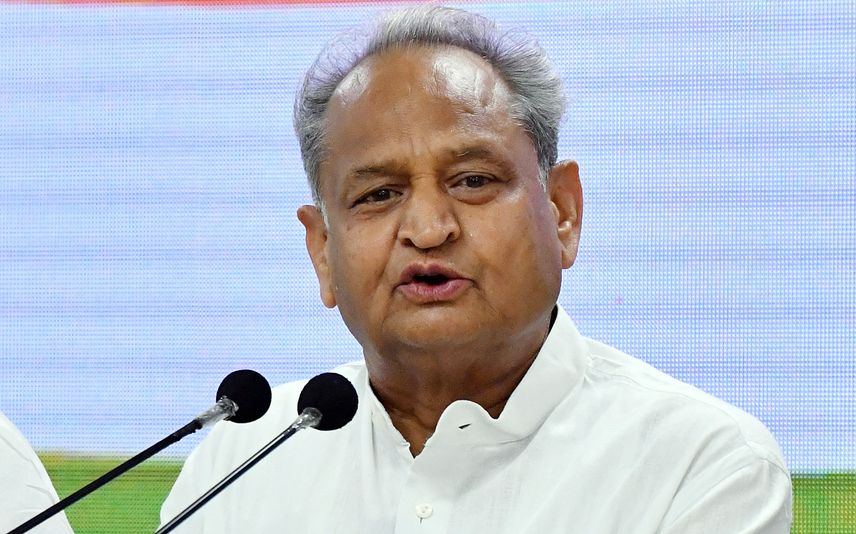 On Thursday, the Congress wrested Himachal Pradesh from the BJP winning 40 seats in the 68-member Assembly in the hill state which maintained its tradition of not voting any incumbent government to power since 1985.

"Congress has won Himachal Pradesh. The campaigning was good and tickets were distributed to suitable candidates. Priyanka Gandhi Vadra herself canvassed for the party candidates. But along with this, (the promise of implementing) the old pension system had a huge role in winning the elections there," Gehlot told reporters.

Significantly, he did not mention Sachin Pilot who was given the task of the observer in the Himachal Pradesh elections.

Rajasthan witnessing a power struggle between Chief Minister Ashok Gehlot and his former deputy Sachin Pilot with the acrimony between them worsening recently after the former used the term 'gaddar' (traitor) for the latter. Gehlot and Pilot have been at loggerheads over chief ministership ever since the Congress won the Rajasthan polls in 2018.

The old pension system was a major poll issue in Himachal Pradesh. The Congress had promised to restore it if the party wins the Assembly polls. The old pension system, under which the entire pension amount was given by the government, was discontinued in the country from April 1, 2004.

Under to the New Pension System (NPS), employees contribute 10 per cent of their basic salary towards their pension while the state government contributes 14 per cent.

"We want the Centre to make a pension policy for the whole country so that people can get social security. Needy families in other countries get money weekly sitting in their homes. Every person has the right to live better," Gehlot said.

He said the government employees had agitated in Himachal Pradesh for the implementation of the old pension system.