Prohibitory orders outside Sisodia's residence ahead of CBI questioning

The Central Bureau of Investigation (CBI) has summoned Sisodia on Monday for questioning in connection with alleged corruption in the formulation and implementation of the excise policy for the national capital, they said. 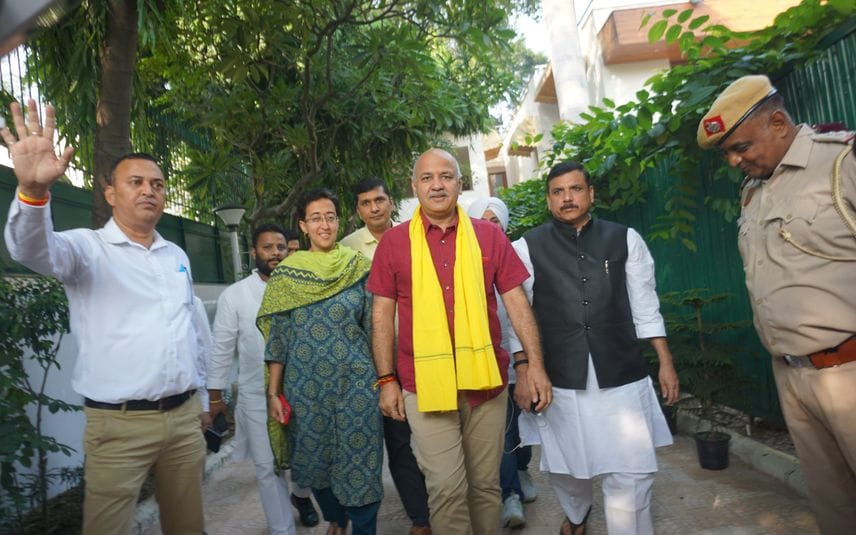 New Delhi: Security has been beefed up and prohibitory orders have been in place around Delhi Deputy Chief Minister Manish Sisodia's residence on Mathura Road ahead of his questioning by the CBI, officials said on Monday.

The Central Bureau of Investigation (CBI) has summoned Sisodia on Monday for questioning in connection with alleged corruption in the formulation and implementation of the excise policy for the national capital, they said.

A senior Delhi Police official said prohibitory orders under section 144 is always in place in the entire New Delhi district. Section 144 has also been imposed around the residence of Sisodia which is situated on Mathura Road.

Section 144 also involves covers the area around the CBI Headquarters as it also falls under New Delhi district, officials said

Security has also been beefed up near his residential area to avoid any untoward incident, the official said.

Supporters of Sisodia also gathered outside his residence ahead of his questioning affecting the vehicular traffic movement.

The federal probe agency has asked the Aam Aadmi Party (AAP) leader to appear before it at its headquarters at 11 am on Monday, they added.

In a tweet on Sunday, Sisodia said, “CBI raid was conducted at my house for 14 hours, nothing came out. Searched my bank locker, nothing came out in it. They did not find anything in my village. Now they have called me to CBI Headquarters at 11 am tomorrow. I will go and give my full cooperation. Satyameva Jayate."

The CBI has questioned a number of people, including Sameer Mahendru, the owner of Indo Spirits, Amit Arora, the director of Buddy Retail Private Limited in Gurugram, and India Ahead News managing director Mootha Gautam, in connection with the case, the officials said.