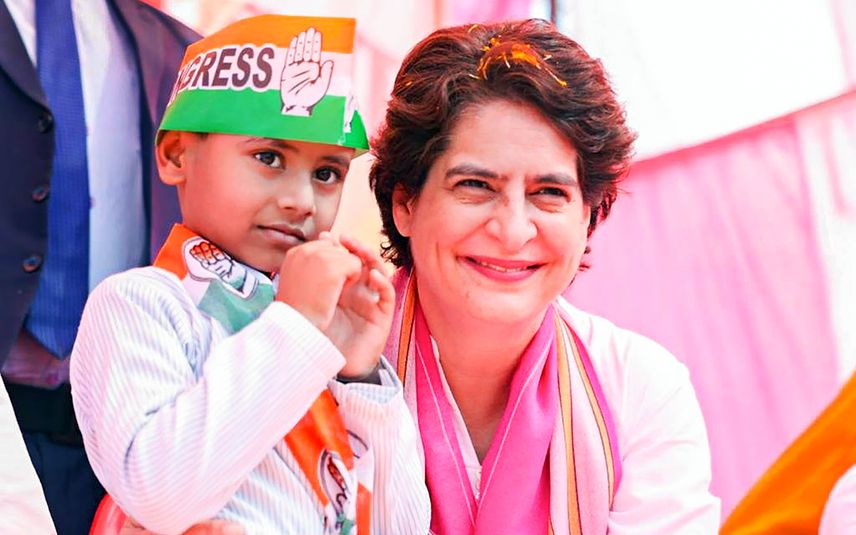 Udaipur:Amid calls for organisational changes in the Congress, party leader Acharya Pramod on Saturday said Priyanka Gandhi Vadra is the "most popular" face of the party and should take over its leadership in case Rahul Gandhi is not willing to accept the responsibility.

The call comes in the midst of deliberations over organisational restructuring and reforms within the Congress at the three-day 'Nav Sankalp Chintan Shivir', where the leader from Uttar Pradesh raised the issue of Hindutva and asked the leadership to retain the party's legacy on this front and win back the confidence of the majority people as it respected all religions and truly represented Hinduism.

He said Congress president Sonia Gandhi has talked about "Chintan, Manthan and Parivartan" (discussion, debate and change) and the younger generation should get a chance to lead the party from the front to bring back the party to power. He also expressed hope that a change would be brought about in the Congress in Rajasthan ahead of 2023 state assembly elections.

"It is time Rahul Gandhi should take over the party reins and if for some reasons he is not ready accept the role, Priyanka Gandhi Vadra should come forward and lead the party, as she is the most popular face in the country," Pramod told PTI.

He said crores of people in the country and lakhs of Congress workers want that Rahul Gandhi should take over the party president and since he resigned on moral values, some people criticised his decision.

"We all again want that he should take over as party president, but for some reasons if he is not willing to take over, then crores of people across the country want the most popular leaders Priyanka Gandhi Vadra to take over in his place.

"Rahul ji has to take a decision on whether he should take over or not and party leaders across the country want him to take over once again," he said.

On possible changes in Rajasthan, he said, "There is need for change and in Rajasthan too there will be a change, I am confident."

He, however, said that this does not mean that people do not love Ashok Gehlot.

Sources said Pramod, who is a member of the Congress panel on political affairs during the deliberations at the Chintan Shivir, asked the party leaders to return to Hindutva as it was not the monopoly of the BJP, which was trying to project itself as the sole representatives of Hinduism.

The sources said he said at the Shivir that the Congress respects all religions and truly represented Hinduism and it should try and win back the legacy of 'Vande Mataram' and 'Bharat Mata', which were given by the Congress.

On former PCC chief Sunil Jakhar quitting the party, he said the party is foremost and individuals do not matter.

"It is a question of ideology. I personally wish him best wishes. Many individuals join the party and many leave it, but one should stand with ideology," he said. PTI

'I can sacrifice my life for brother Rahul', Priyanka Gandhi hits out at Yogi Adityanath