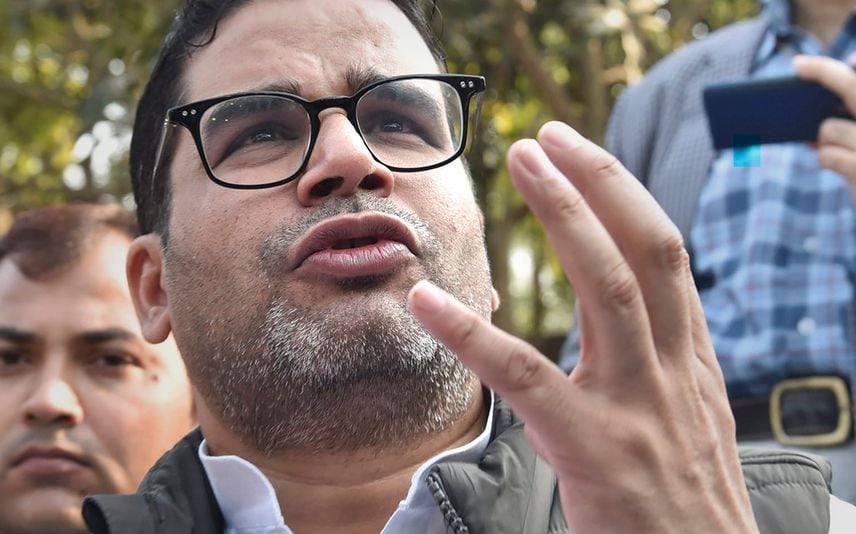 New Delhi: With the Congress reeling from a string of defeats, poll strategist Prashant Kishor on Saturday gave a detailed presentation to its top brass at Sonia Gandhi's residence on the way forward for 2024 general elections, while expressing readiness to join the party.

AICC general secretary K C Venugopal said a decision on Kishor's suggestions, including on whether he will join the party, will be known in a week. There had been intense speculation in the past too on the possibility of Kishor joining the Congress including before the recent assembly polls.

Sonia Gandhi, Rahul Gandhi, Priyanka Gandhi Vadra and other senior party leaders were present at the four-hour meeting at the Congress president's 10, Janpath residence that discussed the party's strategy for the upcoming assembly polls and the next Lok Sabha election.

According to sources, Kishor told the select gathering that he is ready to join the Congress "without any expectations" and does not want anything but his plan should be implemented to help strengthen the party at the grassroots level.

Venugopal told reporters after the meeting that a group will be set up to discuss the suggestions.

"Prashant Kishor has made a detailed presentation for the 2024 election strategy. It needs some detailed discussion and the Congress president will set up a small group to discuss this entire presentation. That group will submit a report within a week's time for a final decision," Venugopal said.

Asked whether Kishor will join the party or will be its strategist, he said all the details will be known within a week.

Sources said Kishor gave his long-term strategy for the Congress' revival before the top party leadership.

With an eye on the 2024 general elections, he is understood to have told the leadership to focus on 365-370 parliamentary seats alone and strengthen its base in these constituencies.

Kishor suggested that the party contest alone in a few state assembly elections where it is strong and has remained either in the top or in the second position in previous elections.

He also told the leadership to start afresh in states like Uttar Pradesh, Bihar and Odisha.

Kishor, who has held several rounds of meetings with the top Congress leadership, is also learnt to have made suggestions on the upcoming assembly elections including the induction of Naresh Patel, a Patidar leader in Gujarat.

The poll strategist had earlier joined the JD(U) but was expelled in January 2020 over his stand on the Citizenship Amendment Act. He had been roped in by the Trinamool Congress, the DMK and the Aam Aadmi Party in their assembly election campaigns.

The Congress has been grappling with repeated election defeats in the last two general elections and many state assembly elections.

The party is not only facing a series of desertions ever since its electoral graph has taken a downturn in the last few years, but the brewing internal conflict between the old guard and the new generation for leadership roles has also taken its toll.

The G-23, a grouping of some party leaders, has been critical of the leadership and demanded an organisational overhaul.

The grouping had also written to the Congress chief in this regard and has lately raised the issue of collective leadership.

The party is working out ways and means for its revival and is set to hold a 'Chintan Shivir', most likely in Rajasthan, soon for a brainstorming session to help devise means for strengthening the organisation.

The party's organisational polls are underway and ostensibly decks are being cleared for Rahul Gandhi to take over the party once again by August this year. PTI