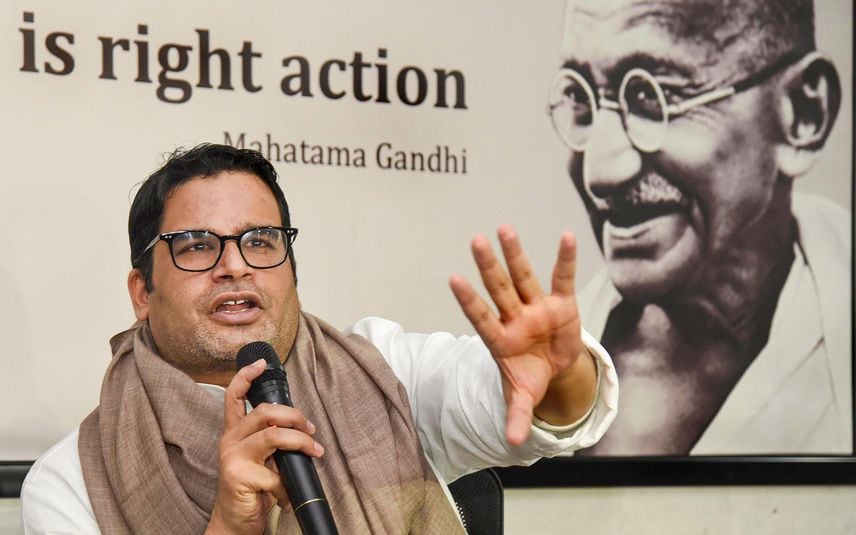 New Delhi: After two days of talks with the top brass of Congress, poll strategist Prashant Kishor is likely to join the main Opposition party in the next few days while the party leaders are stated to be still examining about 600 slides presented by him for strengthening the organisation, sources said.

Kishor will hold talks from tomorrow with the interim president of Congress Sonia Gandhi while her son and former party chief Rahul Gandhi along with the national general secretary Priyanka Gandhi Vadra are also likely to take part in the deliberations on the issue of the joining of the poll strategist.

He may join Congress in the next three to four days, sources close to the election strategist told ANI.

Talks on joining Congress are only between Gandhis and Kishor, they said.

"The committee formed by Congress chief has no link or say in the joining of Kishor. The party leaders have just seen a part of the presentation. A 600-slide presentation has been submitted by Kishor to Congress. No one has so far seen the complete presentation," sources said.

By evaluating Kishor's proposal, Congress is gearing up for the 2024 Lok Sabha elections.

Earlier, national general secretary KC Venugopal had said that Kishor had given a detailed presentation with a road map for the 2024 general elections.

Answering queries, he said the role of Kishor in the Congress party will be known within a week.

Sources had previously told ANI that Kishor, in his presentation, suggested that Congress should fight alone in Uttar Pradesh, Bihar and Odisha, and it should form alliances in Tamil Nadu, West Bengal and Maharashtra to which Rahul Gandhi has agreed.

Kishor is learnt to have said that Congress should focus on 370 Lok Sabha constituencies for the 2024 general elections.

These meetings are also taking place in the backdrop of Congress' poll preparations for Gujarat and Himachal Assembly elections this year.

After the recent poll debacle in five states, Congress is seeking to restart negotiations with Kishor. The results of five Assembly polls came as a shock to Congress which was hoping to do well to revive its prospects for the 2024 Lok Sabha elections and to fend off the emerging challenge from the Aam Aadmi Party (AAP) and Trinamool Congress to replace it as the fulcrum of anti-BJP politics in the country.