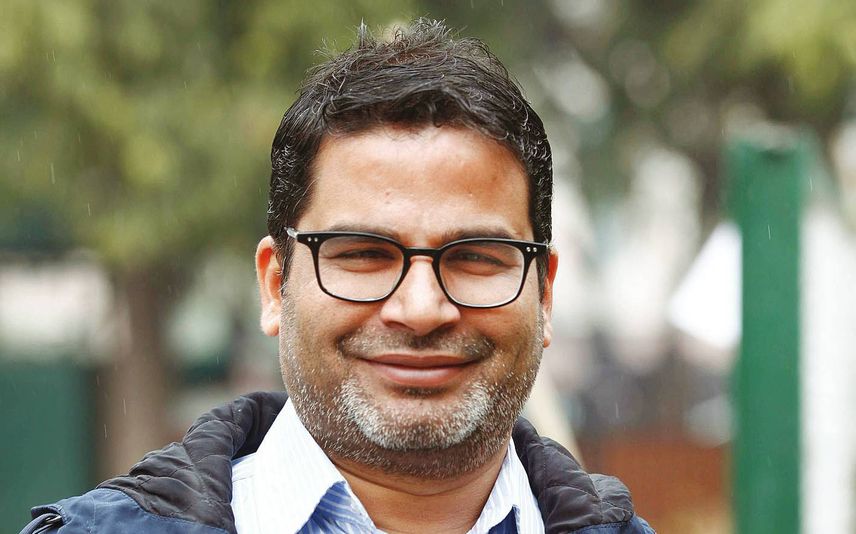 Patna: Celebrated election strategist Prashant Kishor on Thursday announced that he has had his fill as a backroom operator for leading political players of the country and that he now intended to create a platform of like-minded people named `Jan Suraaj' aimed at transforming his home state Bihar.

While he brushed aside speculation that he would announce the setting up of a new party, Kishor held out the possibility of Jan Suraaj metamorphosing into a political party at a latter stage.

He said he was in touch with “about 18,000 people” who shared his vision for Bihar and whom he will “try to meet personally”, before launching a 3,000 km `padyatra' (march) from Gandhi Ashram at Champaran on the Mahatma's birthday, October 2.

Kishor came out with an outline of his project, titled “Jan Suraaj”, drawing inspiration from Gandhi's aphorism of “the best politics is right action”, at a crowded press conference here, days after he had announced his decision to go back “to the Real Masters – the people”.

“A political party can be floated even a few months ahead of elections. Bihar faces none in the next few years”, Kishor said averting pointed questions about his future political moves.

“I plan to cover a distance of 3,000 kilometres in about a year. I will travel to every nook and corner of the state and meet as many people as possible, trying to learn from their grievances and aspirations”.

Kishor, who founded the political consultancy IPAC and who has worked with both Chief Minister Nitish Kumar and his arch rival Lalu Prasad, credited the two leaders with achievements in terms of social and economic empowerment in the last three decades.

“Still, it is undeniable that Bihar continues to be at the bottom in terms of all development indices. The state needs a new political alternative”, said Kishor.

He asserted that he will henceforth will be “fully devoted, with all my powers” to his cause and clarified that his previous venture “Baat Bihar Ki”, which appeared similar to `Jan Suraaj', was shelved because of the global COVID 19 pandemic that struck soon afterwards.

“Skeptics may ask how could I then collaborate with Mamata Banerjee last year. But in West Bengal I had to work with an established machinery. In Bihar the idea is to come up with an entirely new set up”, he underscored.

Kishor ducked queries as to whether he fancied himself as the Chief Ministerial candidate after he formed a party but debunked the suggestion that being a Brahmin placed him at a disadvantage in caste-ridden Bihar where politics has been dominated by OBCs since the Mandal agitation.

“It is a myth that in Bihar your vote garnering abilities depend upon the population of the caste you belong to. The biggest vote catcher in Bihar today is, undoubtedly, Narendra Modi. How many people are there in the state who belong to his caste”, asked Kishor, who first shot into prominence after he was credited with handling Modi's spectacularly successful campaign in 2014 Lok Sabha polls.

In the hard-nosed political circles of Bihar, though, Kishor's averment was taken with a pinch of salt. BJP spokesman Nikhil Anand dismissed Kishor as a “political broker” who could be a “stepney” or a “safety valve” for more entrenched forces.

RJD spokesman Mrityunjay Tiwari said “nobody takes notice of Prashant Kishor in Bihar. The state has chosen Tejashwi Yadav as its future leader”.

The JD(U), to which Chief Minister Nitish Kumar belongs, has so far remained tight-lipped. Kishor was inducted into the JD(U) in 2018 by Kumar who was then also the party's national president.

A bitter spat with Kumar over divergent views on the CAA-NPR-NRC controversy led to Kishor's expulsion from the party along with another socialite office-bearer Pavan Varma.

However, Kishor, who maintains that Kumar has always been a “father figure”, met the latter in Delhi recently.

Referring to the meeting, Kishor said it was purely “a courtesy call” and expressed bemusement over speculations that he was trying to lobby for Kumar for the Presidential elections due later this year.