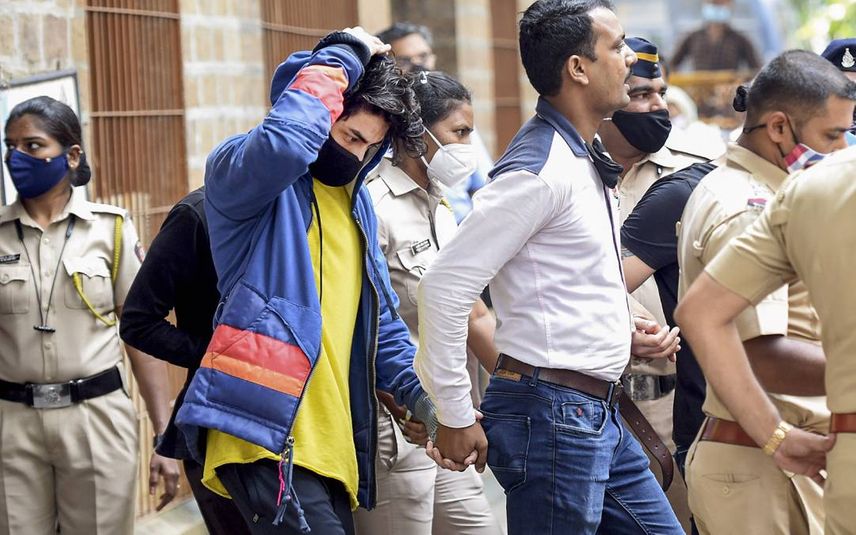 Mumbai: As investigations in the Mumbai Cruise Drugs case continue, the bodyguard of NCB witness Kiran Gosavi, Prabhakar Rohoji Sail alleged that Gosavi took Rs 50 lakh from an individual after the raid at the cruise ship.

In a video message, the bodyguard is heard saying, "I worked as a bodyguard of Kiran Gosavi. I assisted him during the Mumbai cruise drugs case."

"On the night of the raid, I reached the place around 9:45 a.m. He asked me to stand near a car and somebody gave me two bags filled with cash for Gosavi. I took it to Vashi at Gosavi's home and gave it to him. Right after this, I saw that Kiran Gosavi packing bags and leaving for somewhere," he alleged.

"I handed over the bags of cash to him in his car. However, when he counted the cash it was only Rs 38 lakhs. Later, I left from there to Vashi," he further alleged.

Meanwhile, reacting to the allegations made by the driver, Shiv Sena leader Sanjay Raut, in a tweet wrote, "Witness in #AryanKhan case made to sign on blank paper by NCB is shocking. Also, there are reports that there was a demand of huge money. CM Uddhav Thackeray said that these cases are made to defame Mah'shtra. This seems to be coming through Maharashtra Home Minister Dilip Walse Patil. Police should take a suo-moto cognizance"

On October 18, a case was registered against Kiran Gosavi, the man who was seen accosting Bollywood actor Shah Rukh Khan's son Aryan Khan at Narcotics Control Bureau's (NCB) office in connection with the drugs-on-cruise matter.

An NCB team busted an alleged drugs party on the Cordelia Cruise ship which was on its way to Goa at mid-sea on October 2.

A total of 20 people, including Bollywood actor Shahrukh Khan's son Aryan Khan, have been arrested so far in the case.

Detention of Indian sailors: Embassy to initiate negotiations with Nigerian ...