Apart from pedestrians, cyclists can also use this bridge to cross the river without negotiating traffic and it will allow people to view the riverfront from the middle of the waterbody. 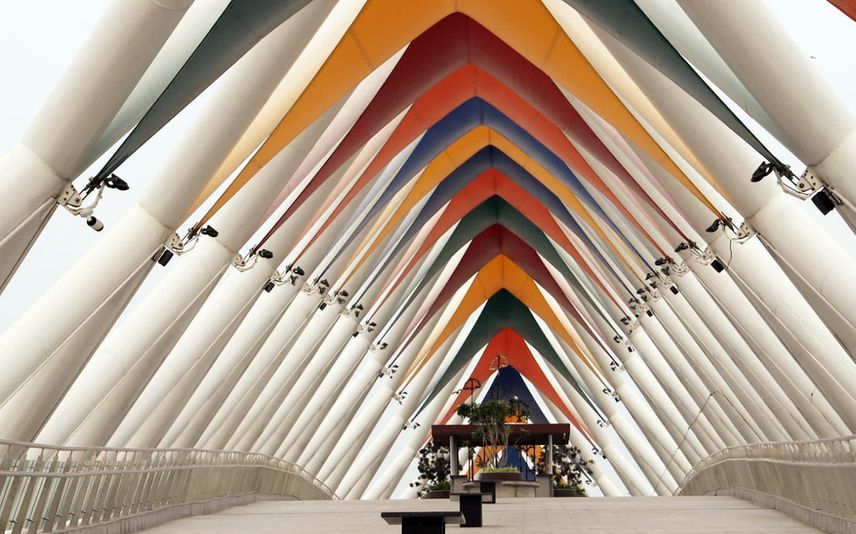 A view of the Atal Bridge. Photo: ANI

He will be on a two-day visit to the state, which will culminate on Sunday.

"On the first day of his visit, Modi will address a gathering at the 'Khadi Utsav' programme to be held on Sabarmati Riverfront here in the evening. From the same venue, the PM will inaugurate the foot over bridge, built by the Ahmedabad Municipal Corporation and named after former Prime Minister Atal Bihari Vajpayee," said a state government release.

This iconic bridge, having an eye-catching design and LED lighting, is nearly 300 meters long and 14 meters wide in the middle and connects the flower garden on the western-end of the riverfront and the upcoming arts and culture centre on the eastern-end, the release added.

Apart from pedestrians, cyclists can also use this bridge to cross the river without negotiating traffic and it will allow people to view the riverfront from the middle of the waterbody.

The bridge is designed in such a way that people can approach it from both lower and upper walkways or promenades of the riverfront, the release informed.

It has been built using 2,600 metric tonnes of steel pipes, while the roof is made up of colourful fabric, and the railing has been built with glass and stainless steel, the release said.